Back in the 1970s, the idea of “pyramid power” was about as popular among crackpots as today’s flat earth theories. While the Egyptian pyramids and other pyramid-shaped structures possess no magical qualities, they are cool to look at and architecturally significant. If you think pyramids are awesome, perhaps you’ll dig this pyramid-shaped computer case. 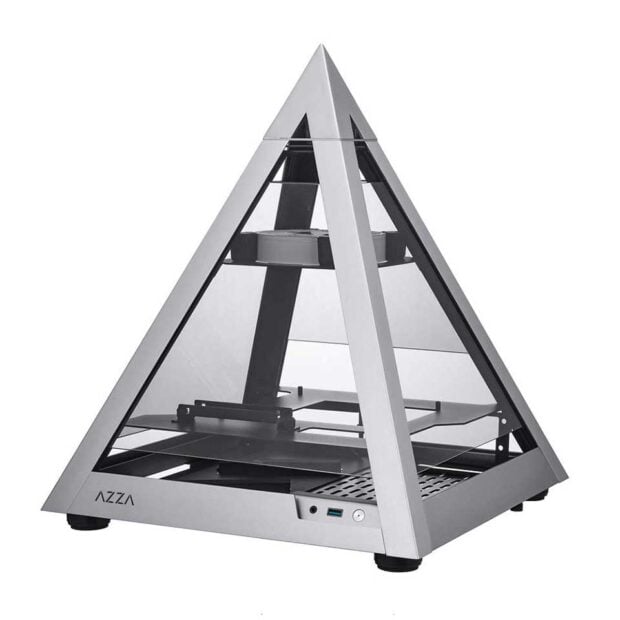 The AZZA Pyramid Mini 806 is a mini-mid-size case for building your own custom PC. It features an aluminum structure along with four tempered glass side panels which let you peep inside and check out your computer componentry. It holds any standard Mini-ITX motherboard, and an SFX power supply. It also includes a 120mm cooling fan with RGB lighting, which sits above the computer components and extracts heat out of openings at the top of the glass. 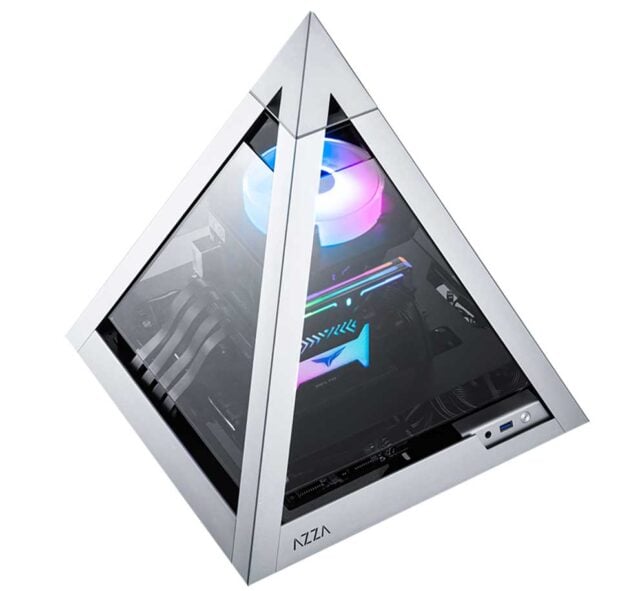 Measuring 17.1″ tall, with a 14.5″ x 14.5″ footprint, it’s not exactly a conventional small form-factor computer case, but it definitely is eyecatching, and its stacked design makes for easy access to components.

If you’re ready to build your own desktop pyramid, you can find the Pyramid Mini 806 case over on Amazon for $249.99. For those looking to make a larger ATX-based computer, they make a larger model called the Pyramid 804V, which sells for $297.87.