This TIE Fighter Fire Pit Has an Imperial Flame Job

When you see a TIE fighter on fire, it usually means it’s been hit by a Rebel ship and it’s about to explode into a massive fireball. But here’s one case where a flaming TIE fighter will last for a good long time. In fact, I’d love to have one of these TIE fighter fire pits to keep me warm on chilly nights. 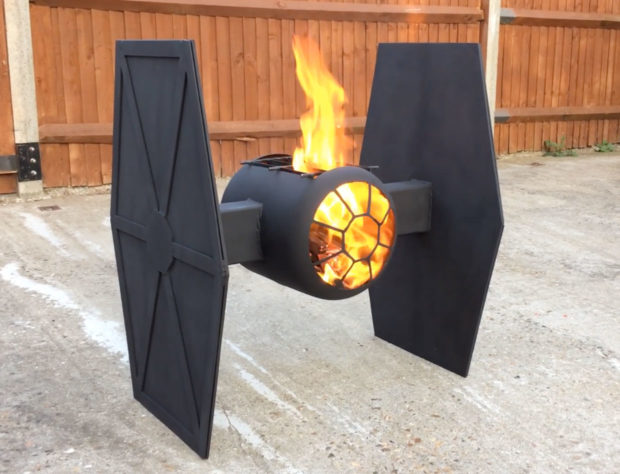 The flaming TIE fighter was built by artist and tinkerer Simon Gould, who creates all kinds of unusual things in his UK workshop. Among them is a table made from the engine block from a Land Rover. While I think that’s swell, the TIE fighter with flames shooting out of its top is more my cup of tea. I like to picture this thing spiraling through a trench on the Death Star before coming in for a landing in my backyard.

If you’d like Simon to build you a flaming TIE fighter, or perhaps a flaming Land Rover engine block, you can hit him up with a private message on Facebook or Instagram.

(Thanks for the tip, Christian!)