Batman Engagement Ring: If Batman Ever Proposes to Catwoman

Bruce Wayne and Selina Kyle have been dancing around their relationship for as long as I can remember. I think it’s about time that Batman got down on one knee and asked Catwoman for her hand in marriage. Sure, there was that time when Catwoman gave up her life of crime and married Batman back in 1955, but that took place in an alternate reality on “Earth-Two,” so that doesn’t really count.

Seriously, put a ring on it, Bats. I’ve even already picked one out for you. 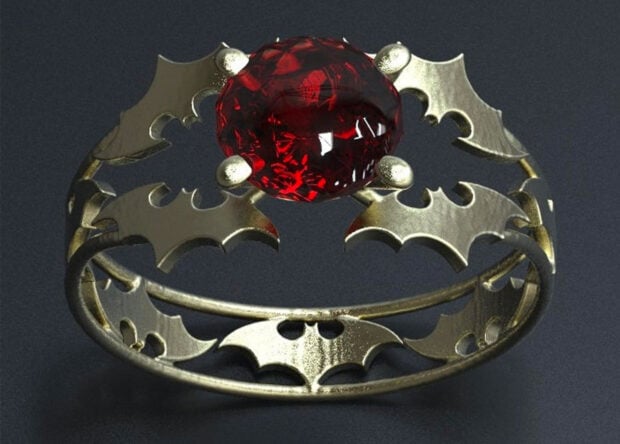 Among their various wares, Canadian jewelry shop Geeky Rings sells this sweet Batman-inspired engagement ring. This particular ring is made of gold with a bunch of bats flying around the band and holding up a ruby red gemstone at its center. The ring can be special ordered in other gemstone colors, as well as in white or a rose gold and silver combo, and an 18K gold version. If you’re looking for something that captures the “dark” aspect of The Dark Knight even better, they also sell a murdered-out black version. 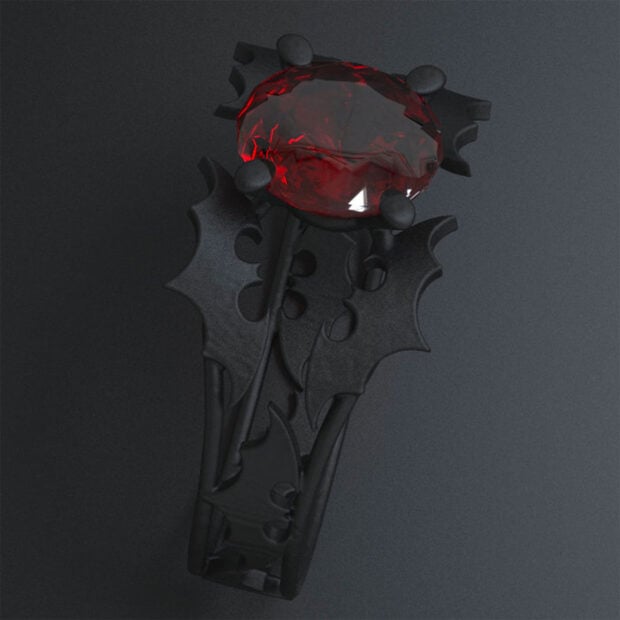 Prices for the Batman engagement ring start around $550 and go up to $930 depending on the materials used. That’s chump change for the Wayne family, so you’ve got no excuse, Bruce.

Now, I wonder if this is the ring that Peter Parker gave Mary Jane back when they got married in the 1980s.