Beauty Is in the Eye(s) of this Beholder Cake

There are some pretty creepy monsters in the world of Dungeons & Dragons, but I think the Beholder is the one that gets me the most. Between its lumpy body, big cyclops eye, pointy teeth, and eyeball tentacles, it’s definitely nightmare fuel. You wanna know one way to defeat a Beholder? Slice it up and stuff it in your belly! That’s finally an option now that the Beholder is in cake form. 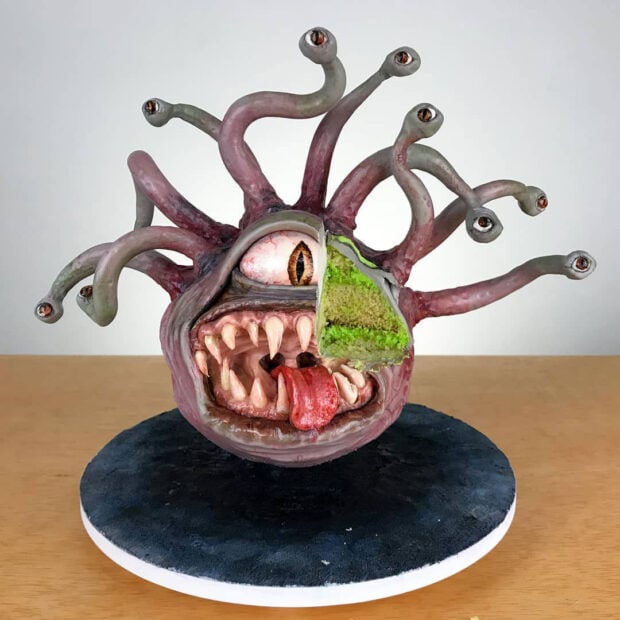 Natalie of Sideserf Cake Studio makes some pretty amazing pastries, and this one is no exception. This edible sphere of many eyes is filled with all kinds of magic, including a moist yellow cake spell and a sugary green buttercream spell. She wrapped the cake in colored modeling chocolate and then sculpted all of the details from the pliable and edible material. She made the eyestalks out of food-safe wire and covered them with modeling chocolate too. After that, she got to work painting the blobby, hovering monster with food coloring. To finish the look, she added wet and shiny bits using clear piping gel.

Natalie made the cake for one of her Patreon supporters who loves to play D&D with her husband. You can check out how she created this creepy and sweet treat in the video below:

That part when sculpted and painted the insides of the creature’s mouth before putting in its teeth was particularly gnarly. Also, I would want to eat those teeth one at a time as a snack because I’m the kind of guy who bites the head off the chocolate bunny candies at easter.

[via Born in Space] 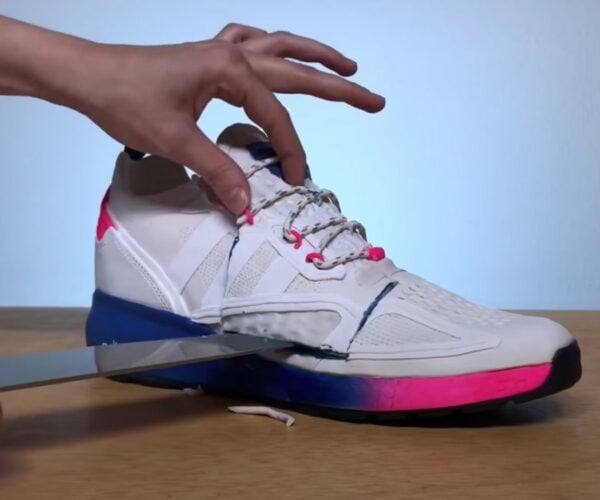 When Is a Shoe Not a Shoe? When It’s a Cake, Naturally.
Home Subscribe vis RSS Feed
« Previous
Next »