Toy Football/Plane Hybrid Can Be Thrown Over 100 Yards

This is the Mad Fly Sports Raptor Football, a toy football/plane hybrid that can be thrown over 100 yards. So maybe for once when my brother tells me to go long, he’ll actually mean it. The toy does require a unique throw (read: not a football spiral) for the creation of maximum lift and distance though, so there is a learning curve involved. 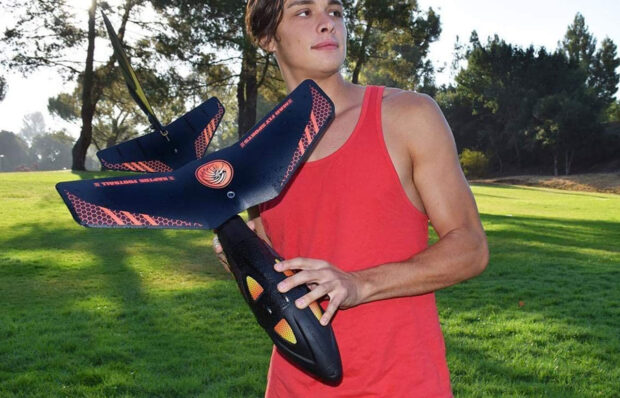 The $50 toy, available on Amazon (affiliate link), is advertised as the world’s farthest-flying football, with ‘football’ clearly being defined very loosely here, because that is much less a ball and way more a plane. But did that stop me from starting an online petition demanding the NFL make it their new official ball? It did not. 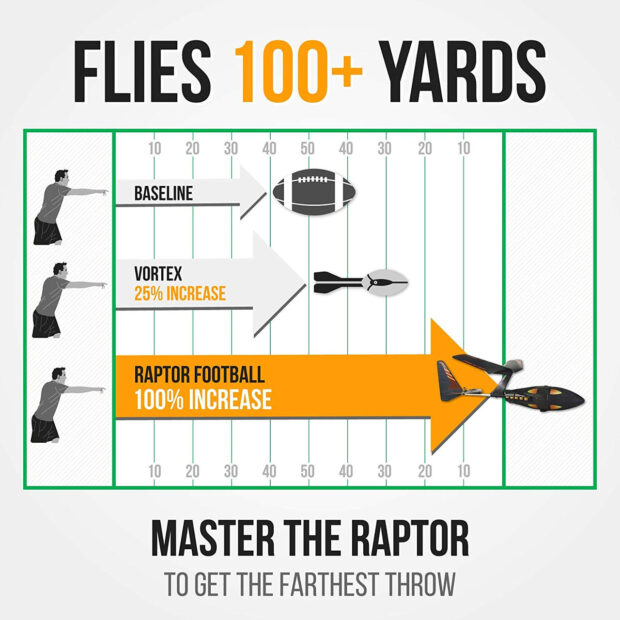 Obviously, the ball still requires a decent arm to be able to throw it over 100 yards. With my sad arm, you’d probably have a hard time distinguishing if a throw was actually a throw or just an accidental drop. Hey, it’s not my fault Santa never brought me a Bowflex. Granted I’ve never asked for one either, but still.