Because ghosts need busting and you’re just the person for the job, Reebok and the Ghostbusters franchise have collaborated to release these $150 Ghost Smashers sneakers. Obviously, I must have them and will throw a temper-tantrum when they sell out before I can get my hands on, and feet into a pair. 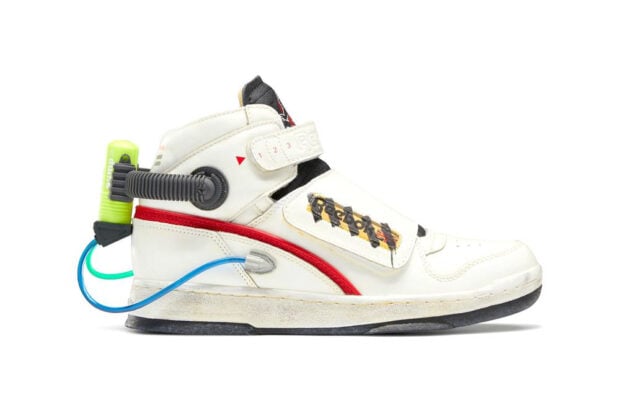 Available when the clock strikes Halloween (midnight, October 31st), the sneakers feature a distressed look with two Velcro straps (my favorite), the Ghostbusters logo on the tongue, as well as a green ‘Reebok Pump’ pack on the back of the shoe, with hoses leading into the shoe. They aren’t actual Reebok Pumps though – the pack is entirely cosmetic. And, having owned a pair of Reebok Pumps in the past and been entirely underwhelmed with their pumping performance, I’m okay with that. 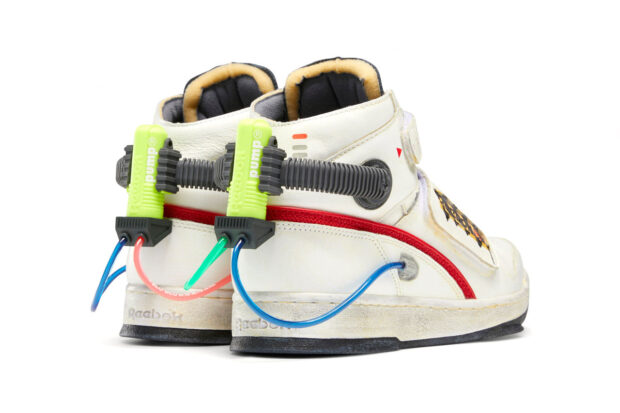 It’s really a shame they weren’t available before Halloween because, although not canon Ghostbusters footwear, I still would have worn them with the rest of my Egon costume while I sit at home alone this year, throwing candy to the trick-or-treaters outside from my living room window. Hey – out of the flower bed, Princess Elsa! That goes for you too, Spider-Man! 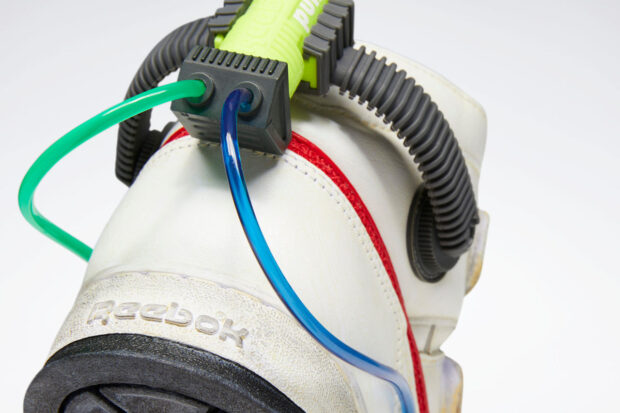 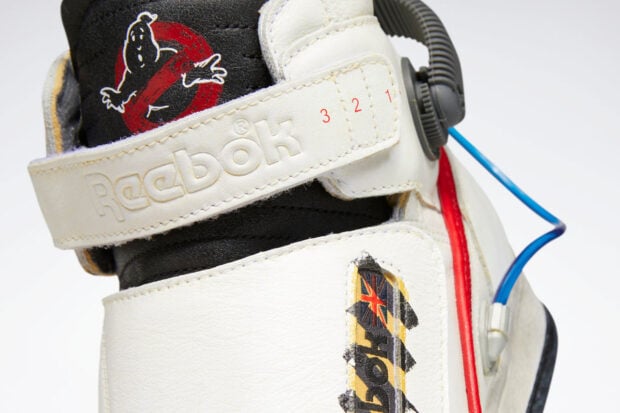 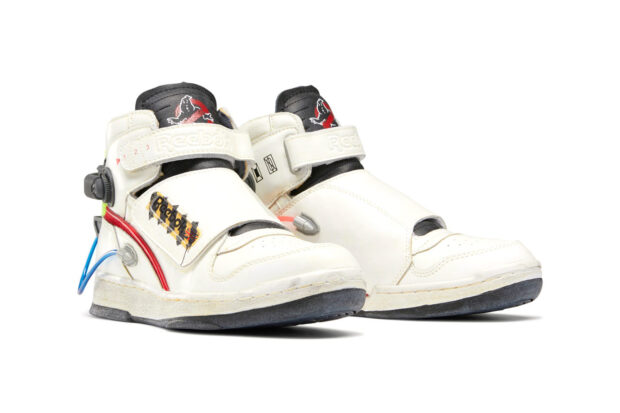 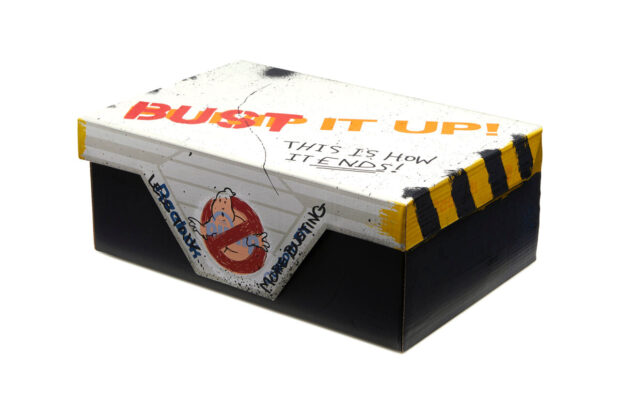