Because sometimes you need to diversify your assets and Disney has decided it wants to add some nightmare fuel to its portfolio, they recently posted a video of a humanoid robot developed by its research division with a “realistic and interactive lifelike gaze.” Yikes. If that’s a lifelike gaze, I’m cool with a completely unrealistic robotic gaze from now on. 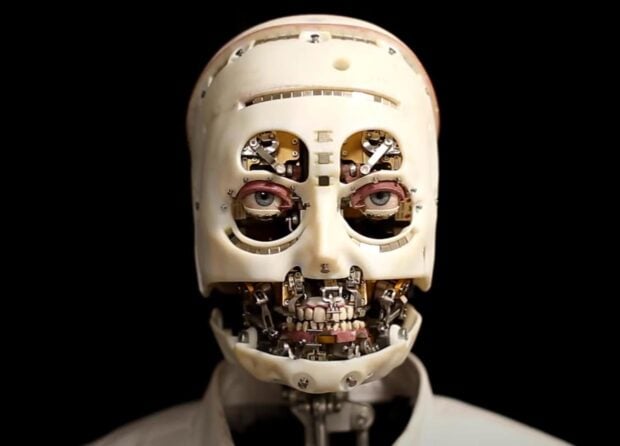 The purpose behind the development of the robotic system was to create “an interaction which demonstrates the illusion of life.” The humanoid bust is capable of perceiving people in its environment and identifying a person of interest to interact with based on their own actions. It then “selects an appropriate gaze behavior, and executes high, fidelity motions to respond to the stimuli,” using motors and mechanisms that mimic those in actual humans. I don’t know about you, but I’m terrified.

Obviously, Disney should have put some skin and lips and cheeks and eyelids and eyebrows and ears and a neck on this robotic bust first, because as lifelike as its gaze may be, it’s really hard to look past the rest of the killer robot to even notice the eyes, which, just for the record, I’m fairly certain never expressed anything but murder.