Digital music artist GLASYS looped and remixed the underwater theme from the original Super Mario Bros. using Blooper, a looping pedal recently released from Chase Audio. GLASYS came up with the idea after realizing Blooper is also the name of the squid-like creatures found in underwater Mario levels. No word if an actual lightbulb went off above his head when that happened, but at least in my mind, one did. 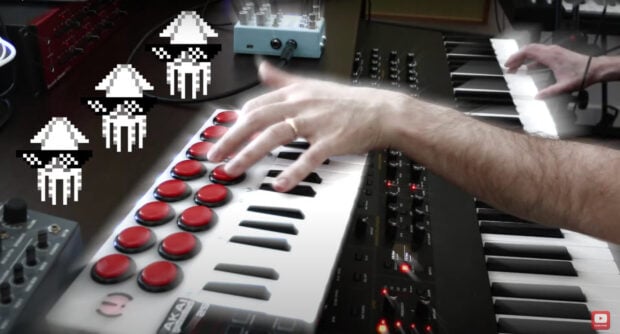 Things start off pretty tame in the video; then he begins adding some Beethoven piano into the mix, then things quickly spiral into madness. Obviously, I loved every second of it, even the parts that made my heart race and wonder if I should call my doctor or just risk it and save myself the copay.

So, what’s your fondest Super Mario Bros. memory? Mine was the time I convinced my older brother that a pit in the first underwater level led to warp zone, then watching him immediately die so it would be my turn again. Incidentally, that was also the first time I ever saw a video game controller wielded as a weapon.