This Dragon Sits on Your Pressure Cooker and Breathes Steam

InstaPots and other pressure cookers have become insanely popular in recent years, with millions of households putting what basically amounts to a bomb on their kitchen counter in order to cook dinners more quickly. Thankfully, these heated and pressurized vessels have a pressure-relief valve on them to let steam out, making a catastrophic failure far less likely. And if you’re going to have something venting steam into your kitchen, why not have it be a dragon? 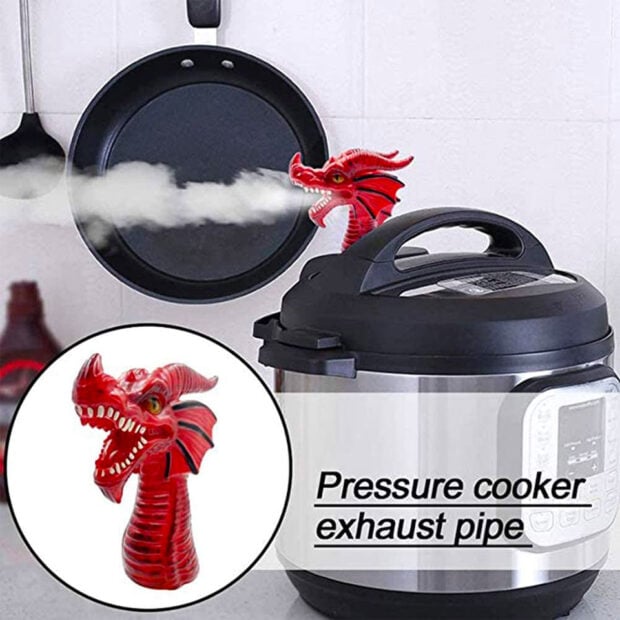 Well, folks, you’re in luck. This dragon-shaped steam release diverter pops onto the steam release valve of many pressure cookers, breathing a puffy and fragrant white cloud of steam from its gaping maw. The product description on Amazon (affiliate link) calls it a “fire-breathing” dragon, but if that were the case, I’d think your pressure cooker might be defective. Unless maybe you filled it with kindling and set it on fire. I’m not recommending that you do that, of course, and you’ll just have to settle for a steam-breathing dragon. 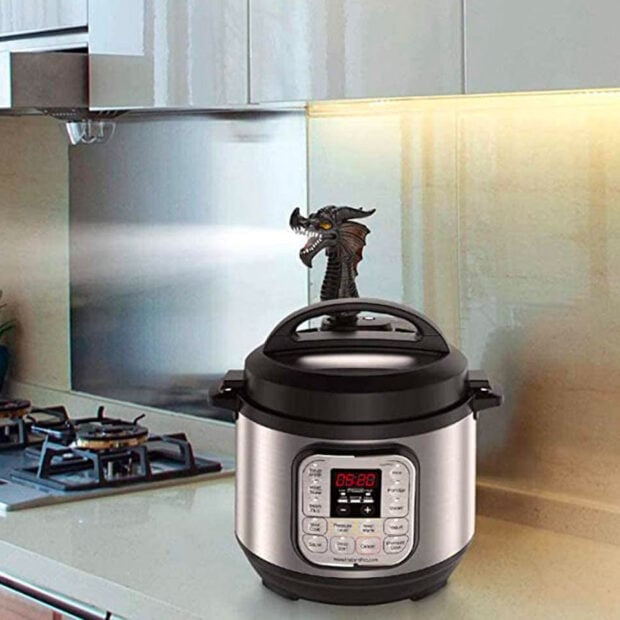