When I play Jenga, I’m lucky to get maybe 10 levels high before the whole tower comes tumbling down and scattering pieces all over the floor. But there are some serious Jenga experts out there who can do much better. Take this guy going by the moniker “Captain Noodles” who claims to have stacked more than 500 Jenga blocks all on top of a single block. 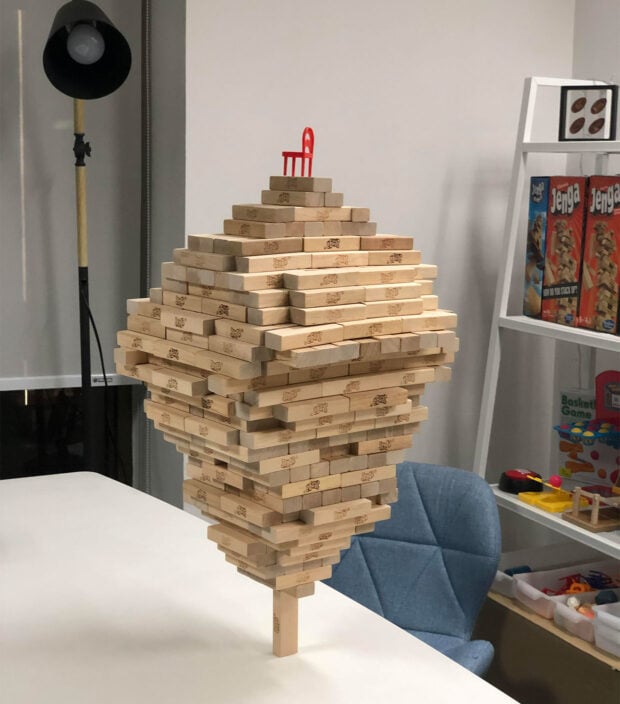 To top it off, they put a little chair on top of their creation. All it needs now is a LEGO minifig doing a handstand on top of that and I’ll consider it done. Honestly, I don’t think I could get three Jenga planks to stack on top of a single vertical plank, and this guy managed to do it with 518, which as far as Reddit is concerned, is a world record of some sort. Since Guinness probably didn’t have one of their judges standing in the room to authenticate the feat, they might have something different to say about that claim. I’m still mighty impressed, and you should be too.

I’d like to see how many pieces he could remove from the center of this structure and place back on top before it collapsed. After all, there are official Jenga rules to be followed, no?