Because a NERF gun can never have enough horsepower, builder Peter Sripol modded a NERF Elite 2.0 Turbine CS-18 to be powered by a little four-stroke combustion engine mounted on top. Is that a good idea, or the best idea? I’d argue it’s somewhere in-between, but definitely leaning towards the best idea. 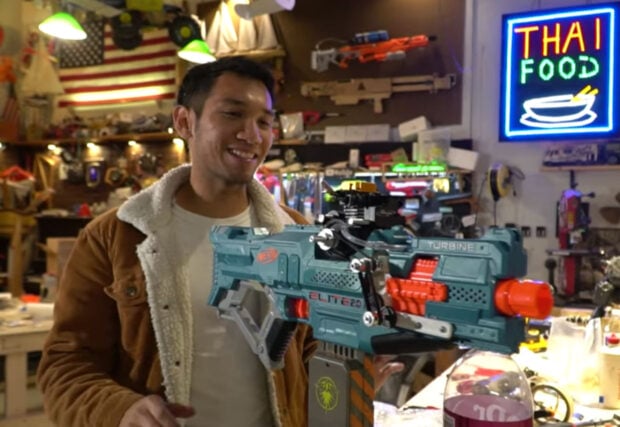 The NERF blaster, which previously operated via an electric motor-powered flywheel, now operates via a gas engine powered flywheel for even faster spinning and an almost continuous rate of fire (a great example can be seen around 11:20 in the video). My goodness, what I wouldn’t give to be waiting on the couch with this thing when my roommate gets home from work.

You know, this project reminds me of the time I made a gas-powered laptop. The only difference is Peter’s mod actually works, and I just ruined a perfectly good computer and can’t get the smell of gasoline out of my office.