I’ve had a number of different home theater audio systems in my living room over the years, from component receiver/amp/speaker setups to one-piece soundbars. Each kind of sound system has its pros and cons, but my general feeling is that the best-of-all-worlds systems include a multi-channel soundbar with surround speakers and an external subwoofer. I recently installed a Vizio Elevate 5.1.4 Channel Soundbar system, and it’s my new favorite for true theater-quality sound. 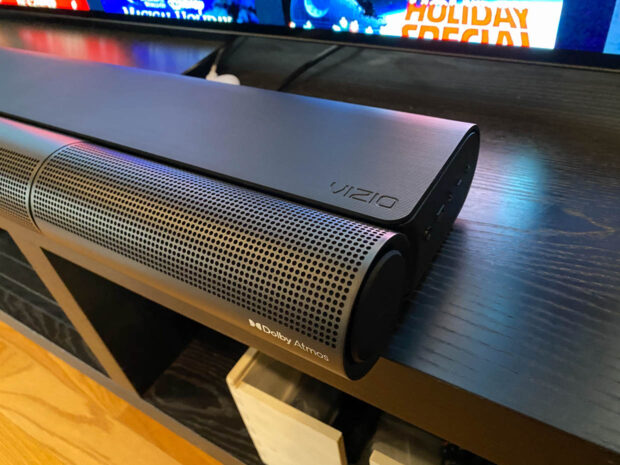 On the surface, the most notable thing about the Elevate is that its left and right speaker modules can automatically rotate upwards for Dolby Atmos and DTS:X encoded audio. This is more than a gimmick, as it gives the system the ability to create clean, wide soundstages for music and everyday TV viewing, while also supporting elevated height effects available without the need for extra front satellite speakers.

The main component of the Elevate 5.1.4 system a soundbar that measures 48″ wide, making it the perfect companion for 55″ or larger TV sets. If you don’t want to place the soundbar on a TV stand, it comes with brackets for wall mounting, and can also mount directly to the bottom edge of Vizio’s 2020 OLED TVs. This unit has individual tweeters and dual woofers for its left, center, and right front channels, along with the aforementioned front surround speakers at its ends. While you might come across systems out there with more satellite speakers, the configuration of the Elevate is more than sufficient for creating an enveloping and immersive surround sound experience. 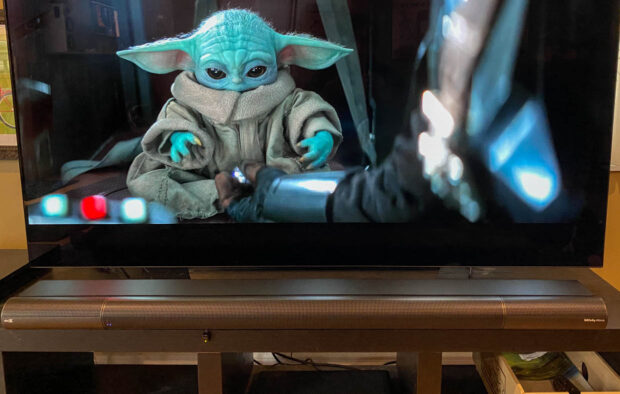 As a movie and video game buff, I love big, dynamic sounds, and the Elevate delivers on that front. It cranks out crisp highs, clean mids, and deep bass, while producing an expansive soundstage that exceeds the width of the speaker bar itself. Plus, its center dialogue channel is the cleanest I’ve heard from a soundbar. The included 8″ powered subwoofer kicks out wall-shaking low-end, while its rear satellites add dimension and depth. Well below its highest setting, the Elevate produces a tremendous amount of volume, and I’ve never heard any audible distortion. Out of the box, the system does tend to be a little bass-heavy, but you can use the remote control to adjust tone settings to your liking. There’s not a graphic EQ, but you can tweak bass, mid, treble, and subwoofer levels, as well as the levels for each individual audio channel. 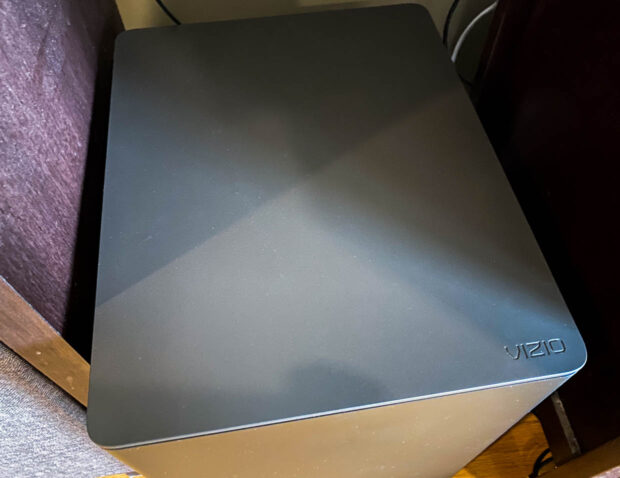 Both the front surrounds and rear surround satellites can fire audio upwards and bounce sounds off your ceiling, which definitely creates a sense of height. I tested the Elevate with both Dolby Digital+ Atmos and Atmos TrueHD content, and it properly detected both formats and rotated the front speakers upwards automatically. It’s not quite as easy to pick out the exact location of 360º sounds as in a fancy Atmos movie theater, the dimensionality is there and is quite satisfying. 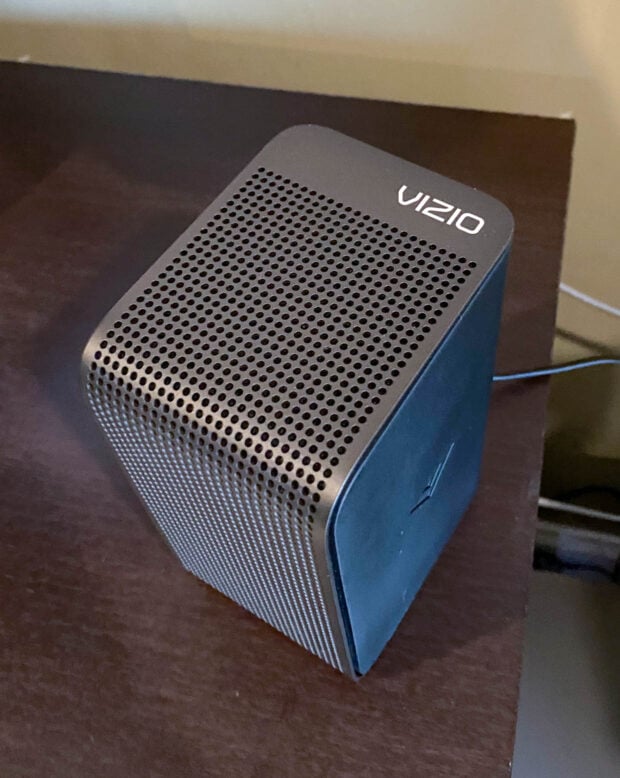 In terms of inputs, the Elevate has three HDMI ports, one of which is an eARC capable HDMI port. It supports 4K Dolby Vision and HDR passthrough too, so if you decide to plug your devices into the soundbar instead of your TV, it can pass those signals cleanly back to your display. In addition, it has analog RCA, digital optical, and a USB drive port. It also can play audio wirelessly via Bluetooth or Chromecast. Sadly, there’s no AirPlay here, but I found the Bluetooth to be just fine as long as my phone was in the same room as the soundbar. By the way, music sounds pretty great with this system too, so it’s not just for watching movies. 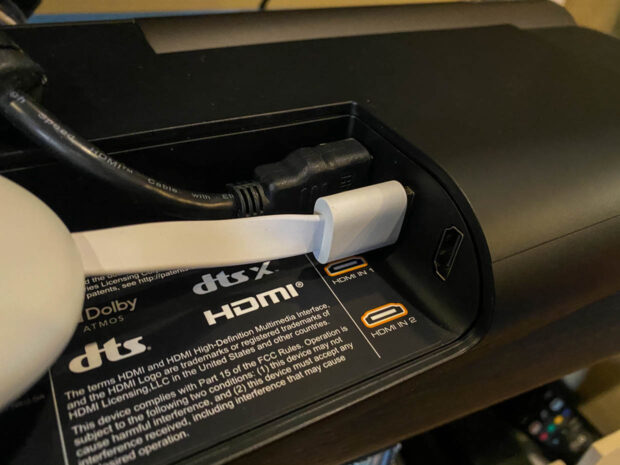 The Elevate is compatible with Vizio’s SmartCast Mobile app, which allows you to use your phone to adjust audio settings and to switch inputs. The app is easy and intuitive to use, though I had to try the Wi-Fi setup twice when I first installed it. The included remote control covers most of the same functions, so using the app isn’t required. 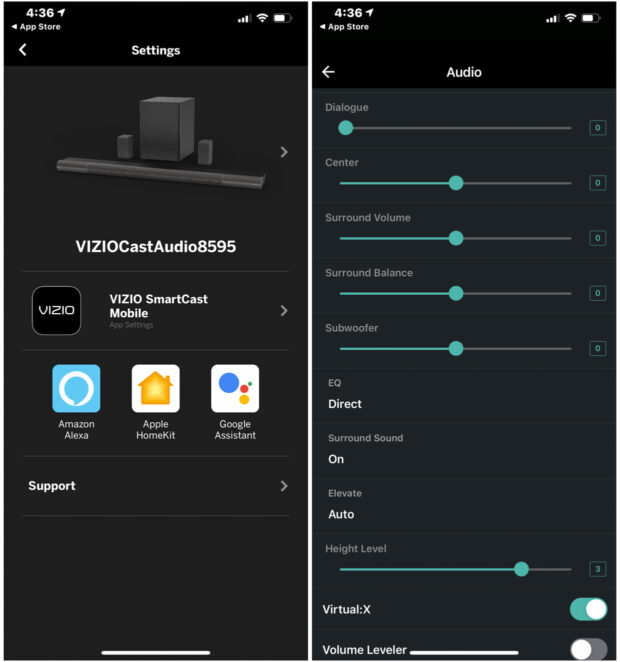 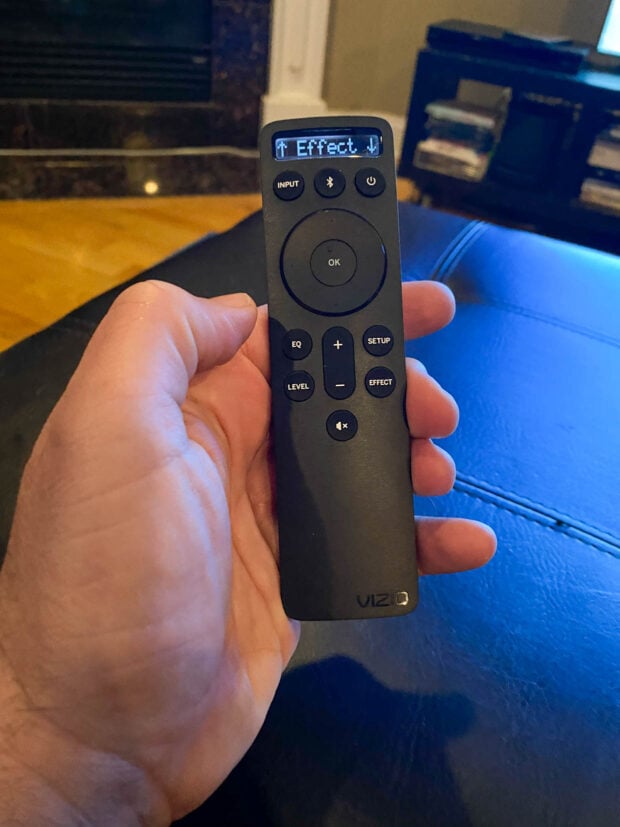 I love the industrial design, sound quality, and ease of use of the Vizio Elevate, though there are just a couple of minor items that deserve mentioning. For one, there’s no automatic room calibration feature, so you’re left to your own devices to adjust levels of each channel to your liking with the included remote control. In addition, there’s no numeric display of volume level on the soundbar. Instead, there’s a little strip of LEDs on the left side which provides a vague indication of relative volume levels. I would prefer a numeric display, as each show I watch has a tendency to have a particular volume setting that works best. 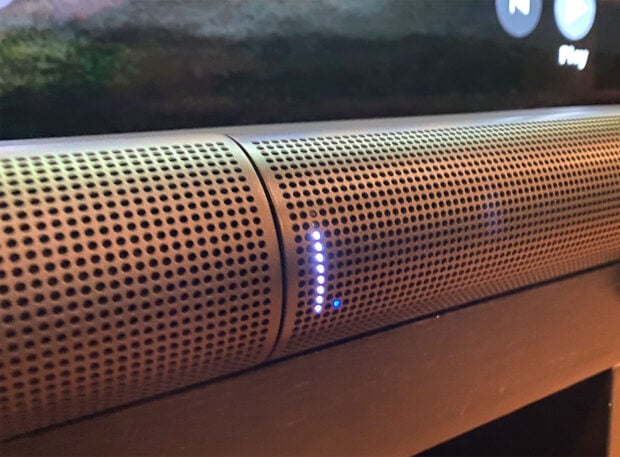 With a $999.99 MSRP, the Vizio Elevate 5.1.4 soundbar system is pretty pricey, but it also sounds like a million bucks. The system made my living room sound as good as a real movie theater, plus I get to enjoy that big sound not just with movies, but with streaming TV shows, video games, sports, and more. With that I offer an enthusiastic thumbs up for Vizio’s premium soundbar. 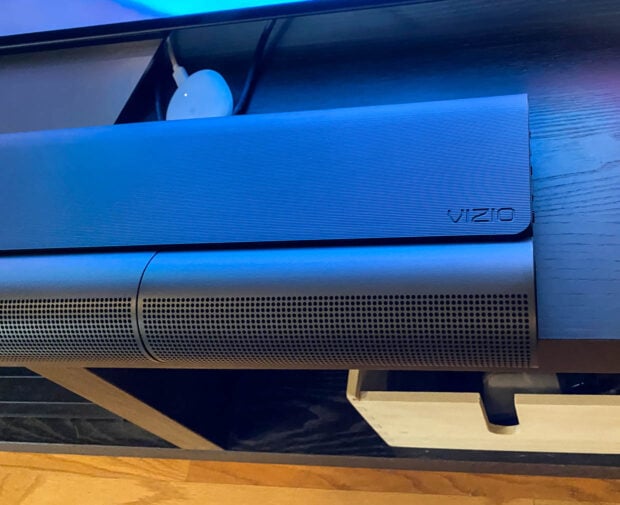