Our butts: just like our fingerprints, they’re all unique. And now scientists at Stanford University have developed a prototype ‘smart toilet’ (links to their scientific paper) that can identify an individual based on their unique, um, analprint. That’s cool, that’s cool, we’re all mature adults here.

Using both a traditional fingerprint scanner and an image recognition algorithm to identify a user’s unique anoderm (the exterior part of the anus), the system then uses its under-the-seat mounted camera and sensor array to analyze a person’s urine and excrement for health evaluation and discerning potential concerns. You’d think a fingerprint scanner and maybe a voice recognition program or something would have been sufficient to identify a toilet user, but I suppose why not scan the ol’ anoderm for good measure? 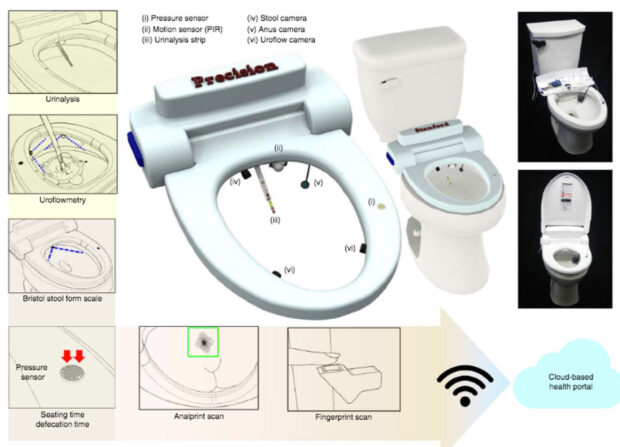 The system was developed specifically for being able to identify the different members of a household for separate waste analysis and not as a stand-alone biometric identification system, which is probably for the best since the use of analprint scanners would make identifying yourself for access to an office building significantly more awkward.