Proving there are few things more satisfying to watch than a job well done, YouTuber Rescue & Restore documents the process by which he carefully returns an original 1978 Star Wars X-Wing toy to its former glory. Of course, my parents never bought me any of these name-brand Star Wars toys growing up because they were too expensive, so all I got were the knock-offs, and I’m pretty sure my Z-wing was mostly made out of lead. 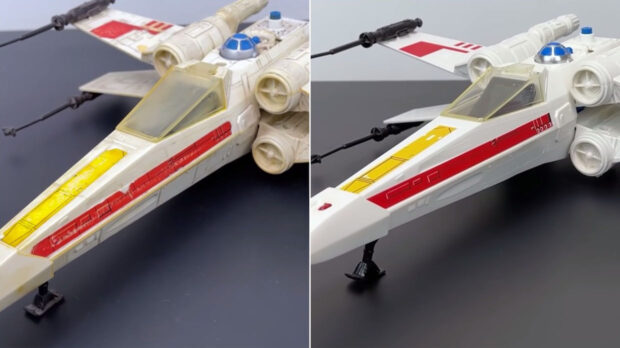 Using a process called retrobriting, which appears to involve submerging the pieces in a liquid solution and blasting them with UV lights, Rescue & Restore is able to bleach all the yellowing from the white plastic. He then replaces the electronics (responsible for the light and laser sounds), adds a new set of decals, and cleans the clear cockpit window with an ultra-fine polishing compound. Honestly, I feel like my car’s windshield could use some of that too.

Do you also own a vintage X-Wing toy that’s seen better days, but don’t feel like restoring it to its former glory before selling? No worries, don’t do anything and just tell everyone it’s actually an incredibly rare ‘submerged in a Dagobah swamp’ variation, but you’re willing to let it go for only double what the regular model is worth. 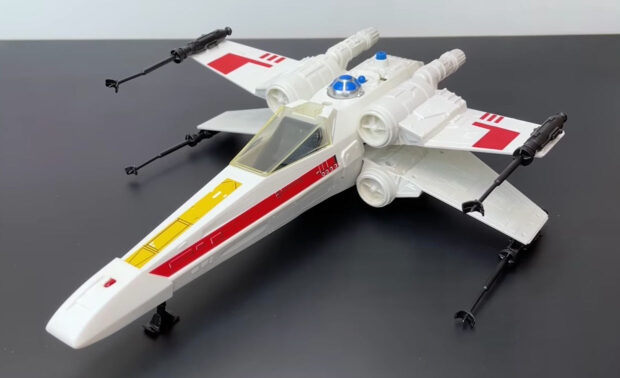