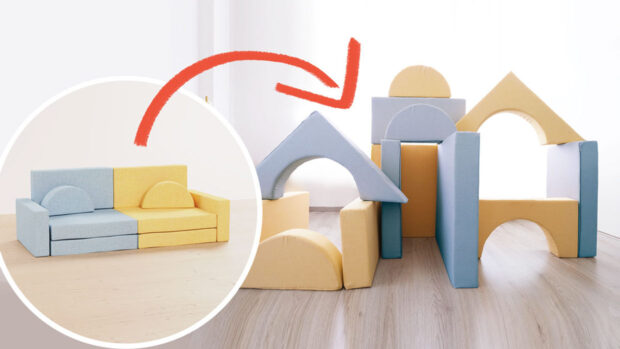 Remember making pillow forts as a kid? Those were the days, weren’t they? The only thing missing? Magnus, the magnetic play couch. It can be assembled as a children’s sofa or disassembled and built into various fort configurations using its integrated magnet system. Don’t worry. I already emailed demanding an adult-size version.

Each cushion has dozens of magnets inside for connecting to other pieces, and the covers are all removable and machine washable in case somebody pees on them. Ahem, Ellie! Ellie’s my dog, just so we’re clear. Currently a Kickstarter project, the 14-piece Magnus set costs $199 but will increase to $320 after all the early-bird rewards have been fulfilled.

Looks fun, doesn’t it? I just wish there were even more pieces for more building possibilities. Because if we’re being honest, I still make the occasional pillow and blanket fort as an adult, and I don’t even have kids. I do have a bunch of people at IKEA pointing and staring at me, though.