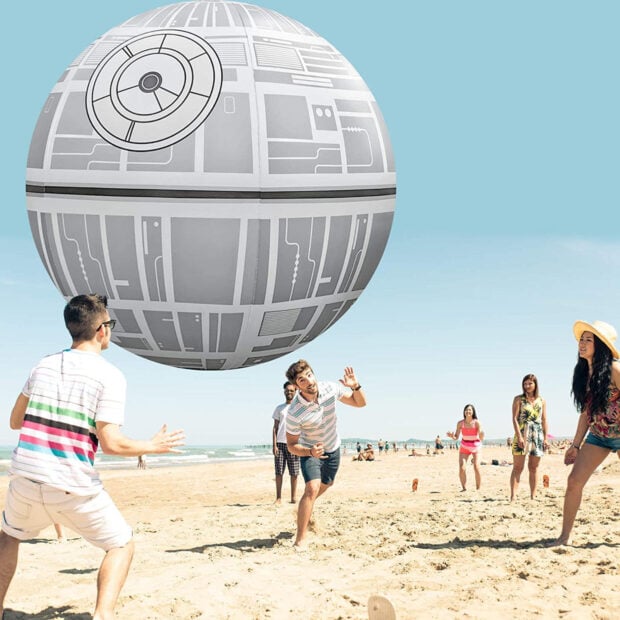 Because nothing says fun in the sun like a giant space station designed to obliterate planets with a single blast of its superlaser, NINOSTAR is selling this 6-foot diameter Death Star beach ball on Amazon (affiliate link) for $75. It’s no moon, but it will be the talk of everyone at the beach provided you can inflate it without passing out. 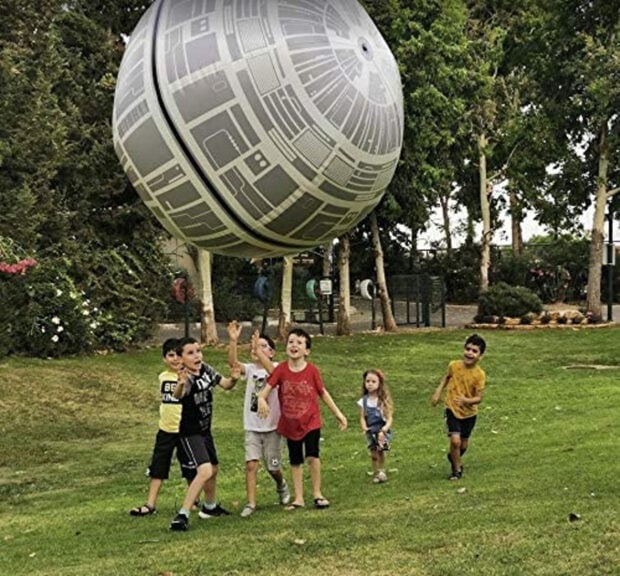 From what I gathered from the product description on Amazon, they’re not actually calling it a Death Star beach ball, which in layman’s terms means it’s not an officially licensed Star Wars product. Of course, if it were, it would probably cost $150, and $300+ from greedy resellers on eBay. 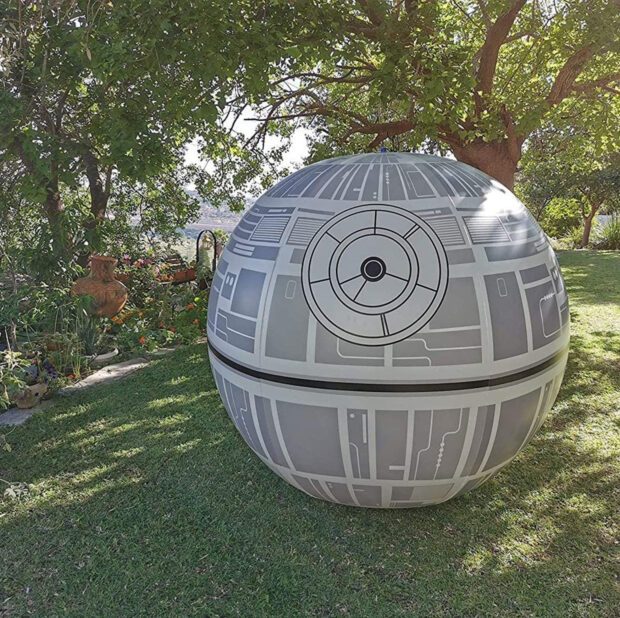 Obviously, it will be my duty to ion torpedo any Death Stars I see on the beach to prevent any other planets from suffering the fate of Alderaan. And by ion torpedo, I mean pop with the pointy end of beach umbrella pretending it’s a lightsaber. Will children cry and parents yell at me? Probably, but such is the life of a Jedi. 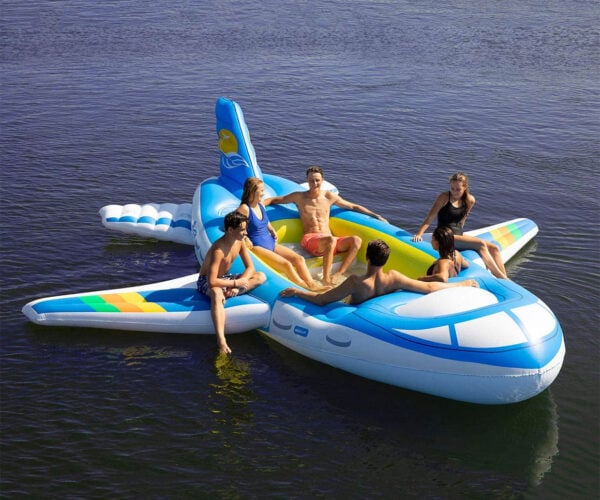 In Case of Emergency, Your Airplane Can Be Used as a Flotation Device
Home Subscribe vis RSS Feed
« Previous
Next »