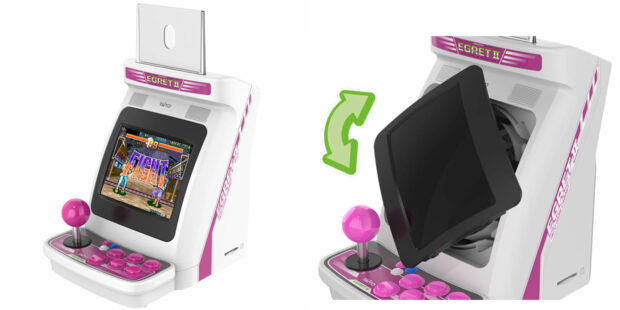 Many popular arcade games are side scrollers, but there are just as many classic ones that play from top to bottom, like shmups. Well, mostly shmups. The important thing is that someone at Taito had a stroke of genius and revived a forward-looking feature from one of its old arcade cabinets. The Egret II Mini is a mini arcade cabinet with a 5:4 display that can be physically switched between landscape and portrait mode, just like the original Egret II.

You simply push in the display and rotate it to your desired layout. Taking advantage of that display are the 40 built-in games, which include Space Invaders, Bubble Bobble, and Elevator Action. 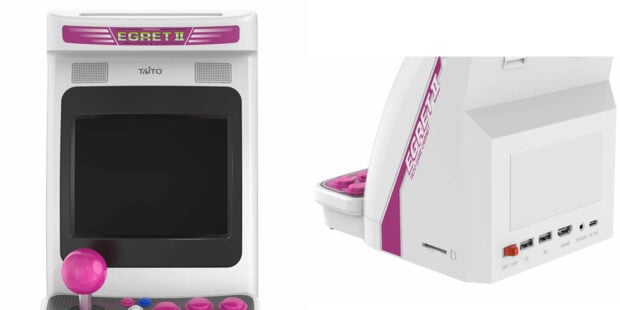 But that’s not the only modern convenience of the Egret II Mini. It has an HDMI out if you want to play on your non-rotatable but larger TV or monitor, and it has two USB ports for the optional wired controllers. There’s a controller version of the built-in arcade-style layout, there’s one with a classic gamepad layout, and there’s a paddle-style controller. The latter is even more special because it has an SD card slot, and it comes with 10 games that are meant to be played with paddle controls. 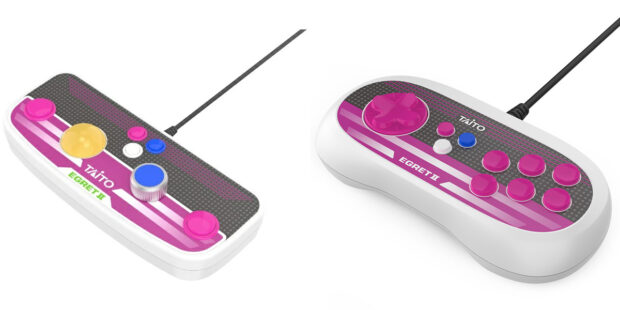 You can pre-order the Egret II Mini and its controllers now from Rakuten, but there’s no need to hurry because they won’t ship until March 2022 at the earliest. The mini arcade cabinet costs around $170 (USD), the paddle controller is around $110, the arcade controller is around $80, and the gamepad goes for about $30. That’s a lot of money. The Switch Pro or whatever it will be called might be cheaper than the Egret II Mini’s whole bundle.