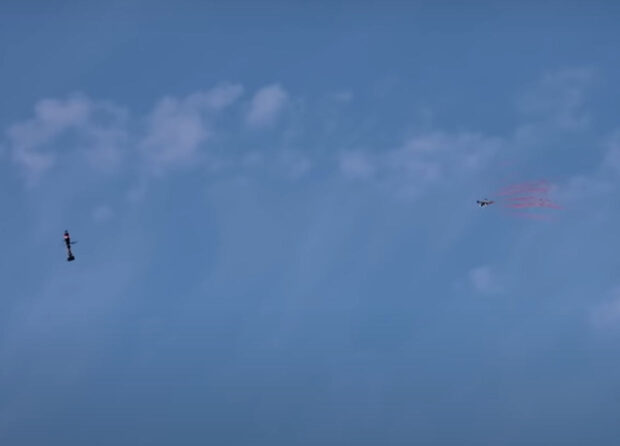 Turning unwanted drone surveillance into an impromptu surprise party, the US Department of Defense’s Defense Advanced Research Projects Agency (DARPA) is developing a new anti-drone countermeasure that fires confetti-like streamers to entangle a spy-copter’s rotors, bringing it back down to earth like a drone-shaped rock.

The Mobile Force Protection system is “part of a larger initiative where X band radar is used to detect, identify, and track unmanned aerial threats.” If deemed a threat, a reusable drone can be launched from a moving vehicle, where it will intercept the target and launch its payload into the drone’s blades. Of course, this is assuming the enemy doesn’t have anti-ANTI-drones that already intercepted this one.

Obviously, the next logical development in the government’s anti-drone countermeasures is a t-shirt cannon. And, God willing, I’ll be there to catch one, probably eating a hot dog with a mustard stain on my shirt and waving a giant foam finger.