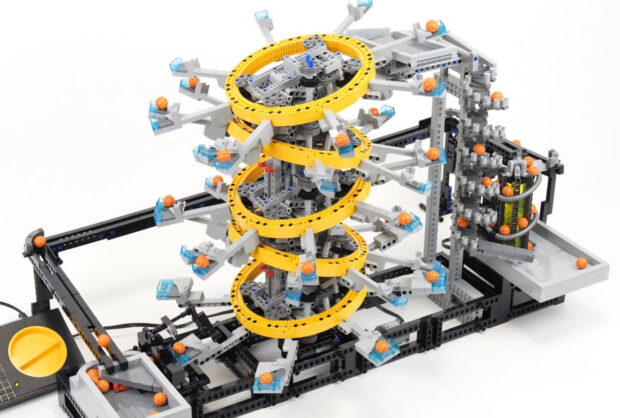 Constructed entirely of LEGO Technic pieces by builder Akiyuki, this is ‘Five Titled Rings,’ an incredibly impressive LEGO Great Ball Contraption (GBC) consisting of five tilted rings that continuously pass balls up from one ring to the next higher one in the tower. My mind is blown. Granted it doesn’t take much, but still. 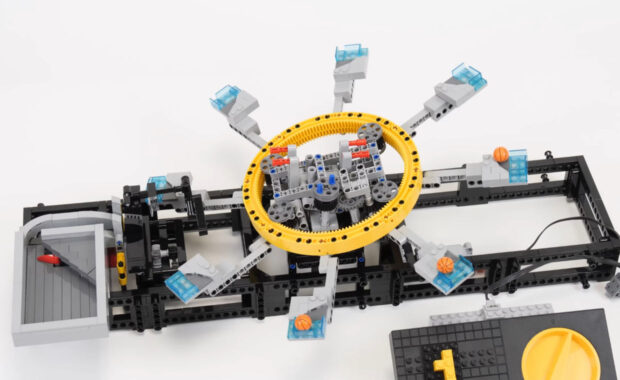 In the video, Akiyuki slowly builds the two bottom rings of the tower and adds balls to demonstrate the movement of the rings and the mechanics of their ball-passing, then finishing constructing the rest of the tower. The amount of ingenuity it must have taken to build something so impressive – I can’t even imagine. For reference, I still struggle with the LEGO sets sold in the little plastic bags in the checkout lanes at Target.

Nicely done, Akiyuki. If only passing basketballs was so soothing to watch in the actual game of basketball, then maybe I could take a nice relaxing nap while watching a game instead of yelling at the television and foaming at the mouth. My doctor says sports could kill me. Watching them, not playing them, just to be clear. 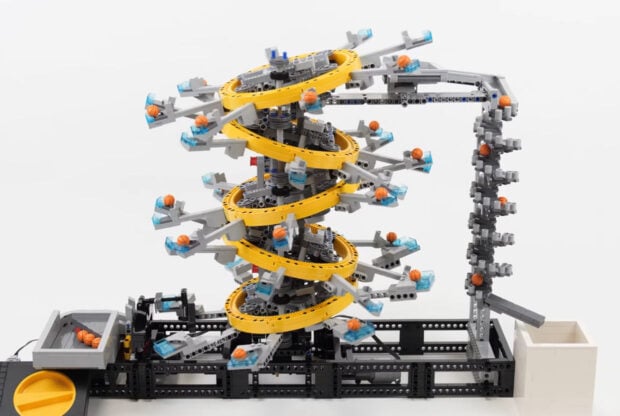