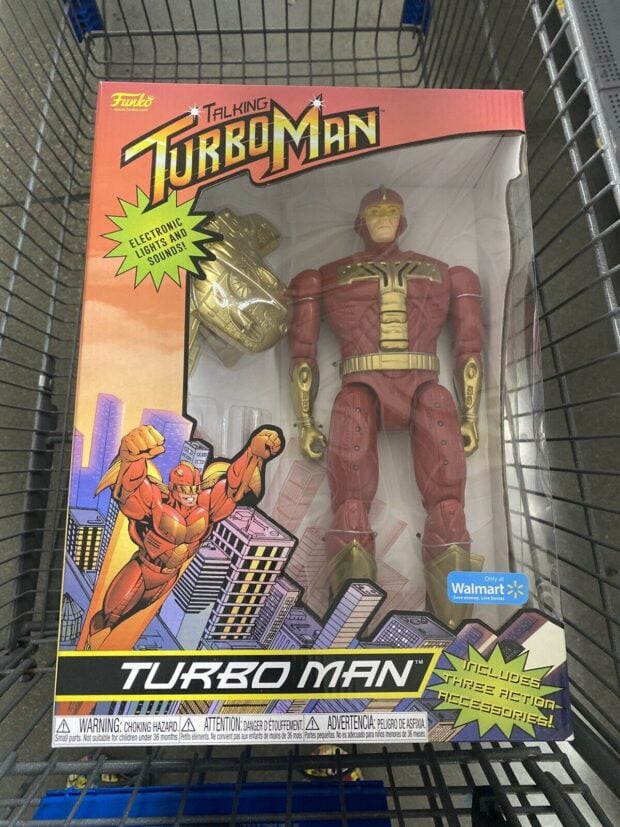 Someone at Walmart slipped up, and Christmas has come early for toy collectors. A few lucky shoppers were able to grab what appears to be a 2021 reissue of the Turbo Man action figure from Arnold Schwarzenegger’s classic holiday movie Jingle All the Way, in which the action star plays a dad who goes to great lengths to obtain the fictional (and shortly real) toy for his son.

According to The Toyark, this Walmart exclusive is 13″ tall and sells for $35 (USD). Curiously, toy store Stop N Shop Funko Pop has a listing for a Turbo Man action figure, but the listing says it’s 10″ tall and will go for $30 this October. Whatever the case, a few units of the reissue have inevitably popped up on eBay, including the picture above, from seller austinamaya, who is asking for an eye-watering $299. That’s a lot of cookies.