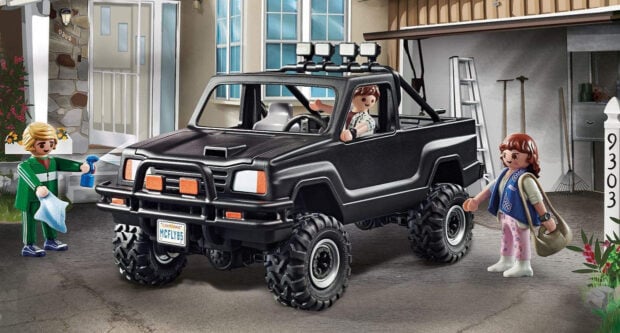 Presumably, because its previously released time-traveling DeLorean playset sold like hotcakes (and how could it not?), Playmobil is releasing another set, this time in the form of Marty McFly’s often overlooked pickup truck (affiliate link). I’ve already bought two – one for playing with and one for keeping mint in its packaging. 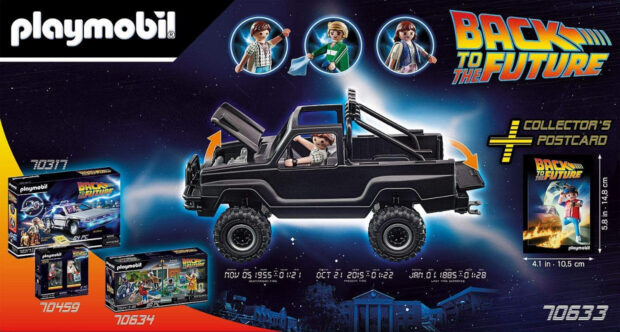 Inspired by Marty’s 1985 Toyota SR5 Xtra Cab pickup truck from the original Back To The Future movie, the playset includes the truck with an opening and closing hood and tailgate, along with Marty McFly, Biff Tannen, and Jennifer Parker figures. As the package notes, the playset is for ages 5 to 99, which means there are probably a lot of heartbroken 100-year olds out there right now, my grandfather among them. 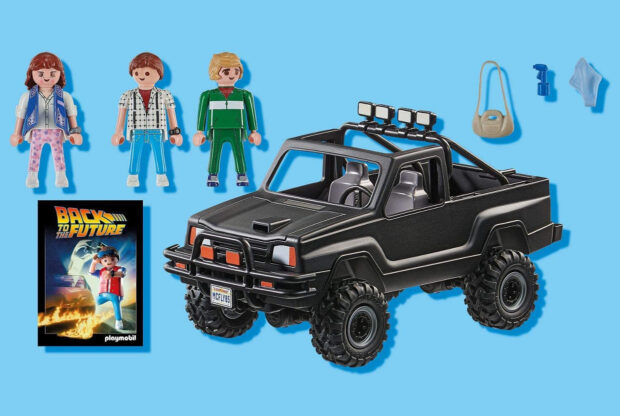 I just performed a couple of quick internet searches to see what an actual 1985 Toyota SR5 Xtra Cab pickup truck costs these days, and they are not cheap. I’m talking like $20,000 restored. And, based on the cobwebs I just counted in my wallet, that’s a little out of my price range. Now, if only I could travel to the future and return with a Grays Sports Almanac. 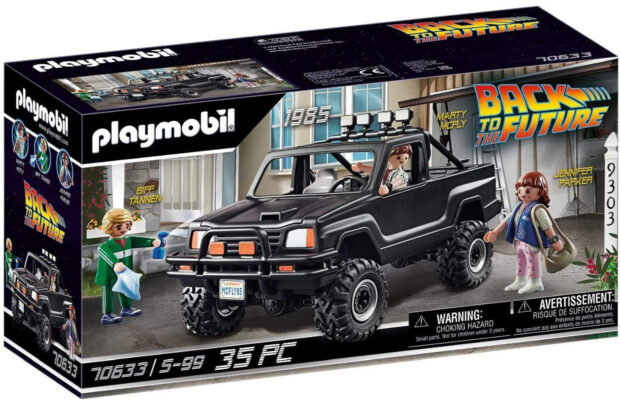