The brainchild of imaginative LEGO builder Yoshihito Isogawa, this is the Creepy Vehicle, assembled entirely out of LEGO and LEGO Technic pieces. The vehicle rolls forward thanks to a LEGO Power Functions motor, constantly opening and closing its toothed aperture in the process. It kind of reminds me of the Demogorgon from Stranger Things. But is it the creepiest vehicle I’ve seen? Not by a long shot.

Just replace those plastic LEGO teeth with some metal blades and you’ve just created what can only be described as ‘Not a chance of ever being produced as an official LEGO set.’ And that’s probably for the best. 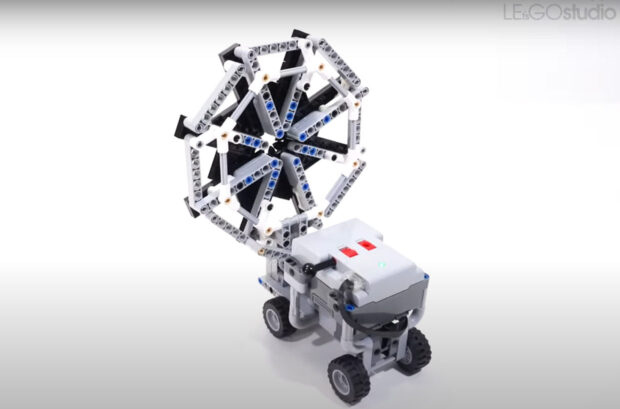 The movement of the opening and closing aperture reminds me of a camera shutter. Is that what Yoshihito was going for? I assume that, or a really fancy hot dog slicer. Me? I still slice hot dogs the old-fashioned way: asking my wife nicely while holding my hand up to remind her what happened the last time I tried to do it myself.