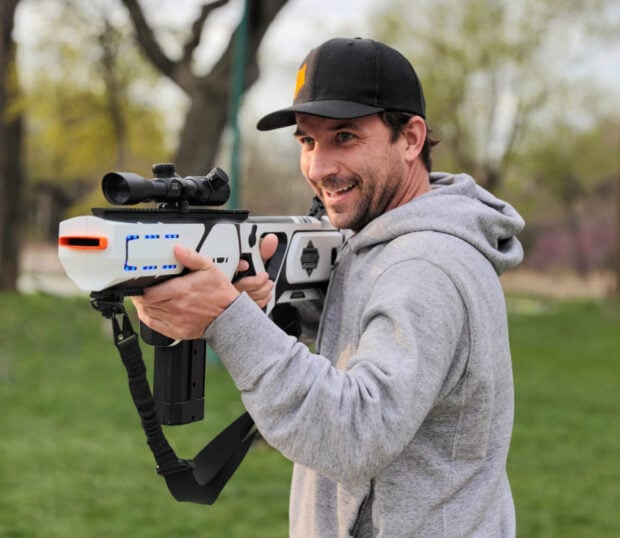 Look out, NERF, there’s a new weaponized foam launcher in town in the form of the Shelby Destroyer foam disc blaster. The gun is capable of firing six foam discs per second with a 120 round capacity, with both semi-automatic and fully-automatic capabilities. I can already close my eyes and imagine my wife yelling at me to stop playing in the house and go outside. 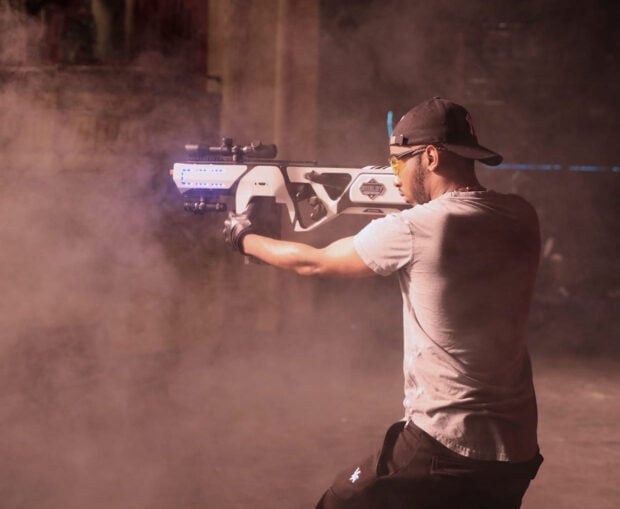 Currently an already-funded Indiegogo campaign, the Shelby Destroyer isn’t cheap, selling for around $217 through the crowdfunding site, with an estimated retail price of $315. The toy weapons, which remind me of Mass Effect assault rifles, are advertised as “faster, more accurate, and more powerful” than anything else on the market, and they sure as heck better be for that price.

The blasters fire at approximately 160FPS, have 4-color LEDs on the sides for identifying your teammates and displaying battery life, and include removable, rechargeable lithium batteries with an external charging base. They have adjustable power settings for accurate long-range sniping, or spray-and-pray up close shooting. They also have a rail system on top for mounting a scope or laser sight, because apparently there’s no such thing as taking foam disc battles with your friends too seriously. Now, did you remember to bring the flashbangs and smoke grenades?