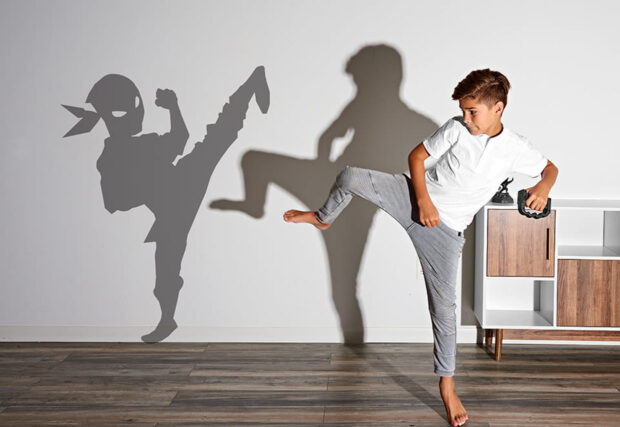 The world: it’s full of bullies. And what better way to equip yourself to deal with them than to know how to kick all their asses? Enter the Shadow Fighter gaming system (affiliate link), a projector that allows you to spar against a shadow enemy while brushing up on your offensive and defensive martial arts moves. Fingers crossed they release an expansion pack with nunchucks and throwing stars! 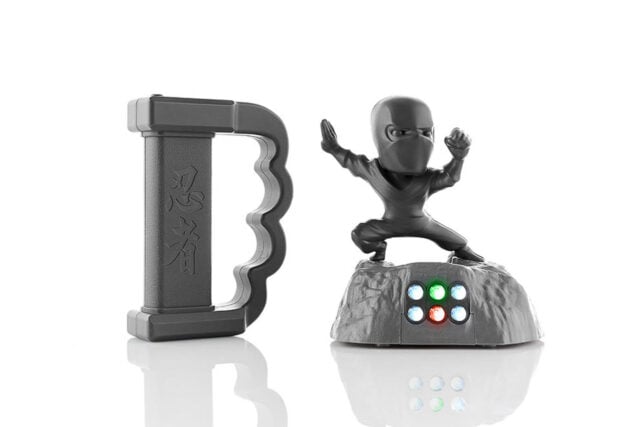 The projector system features four modes of difficulty (easy, intermediate, hard, and practice), and is powered by 5 AA batteries. It emits a green light when you successfully land a hit against your shadowy opponent, a red light when you’re struck, and emits no light at all if you put the batteries in backward. 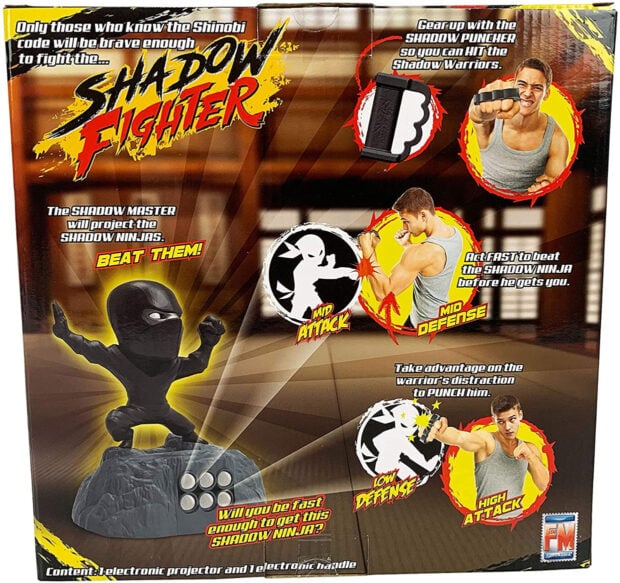 So, yeah, it looks like a great way to accidentally punch a few more holes in my living room wall. “Well it’s not like we were going to get the security deposit back anyway,” I imagine telling myself while eyeing the fireman’s pole I installed from the upstairs bedroom to the kitchen.