Halloween isn’t far off, so it doesn’t hurt to start shopping now before all of the good stuff is sold out. While your kids might already have ideas for costumes, I bet their trick-or-treat pumpkins aren’t being given the slightest thought. Give your kid the coolest candy collector ever with this awesome Alien xenomorph candy bucket from Super7. 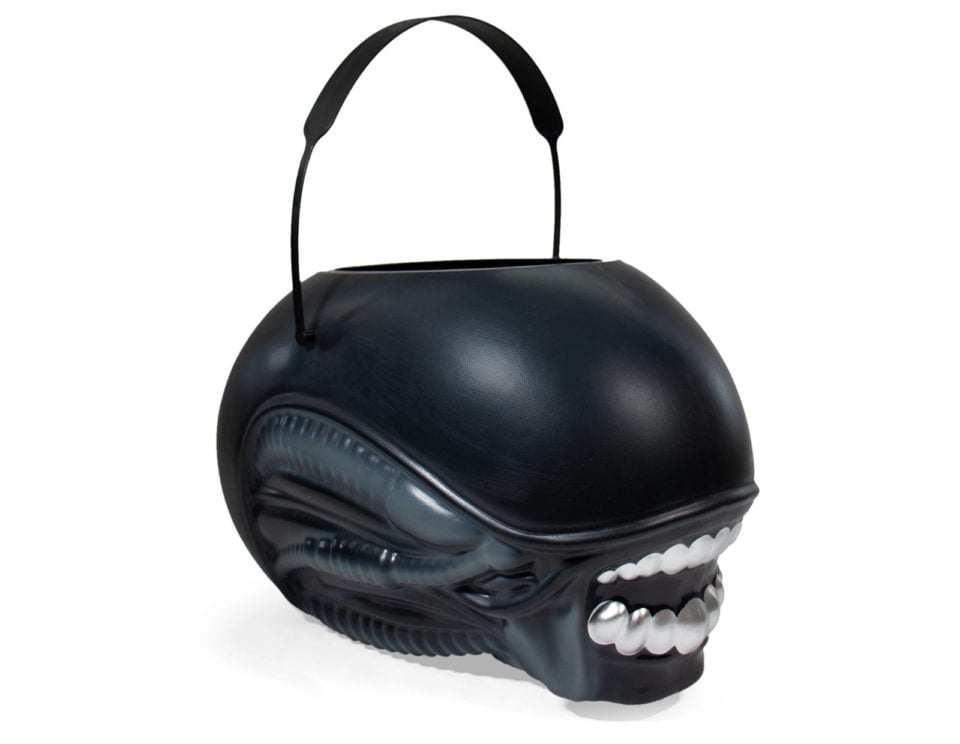 While the SuperBuckets Alien Xenomorph would be most at home with a Ripley costume, it’s pretty awesome all on its own, as its creepy alien head and pearly choppers will scare your neighbors into tossing some extra candy into the bucket just to get you off their porch quicker. And I’m not talking about the crummy stuff like Necco wafers, raisins, or those butterscotch hard candies your granny tried to pawn off on you. This scary buckethead will be filled with the good stuff like Tootsie Pops, Reeses, Twix, and Snickers. It’s available from Entertainment Earth for $19.99.