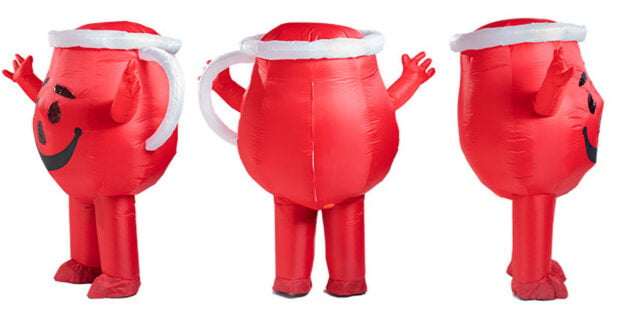 Halloween is less than eight weeks away, so it’s never too early to get your costume figured out. If you’re ready to bust through some walls and scare your neighbors this year, I highly recommend this inflatable Kool-Aid Man costume. Put it on, and you’ll instantly become a 50-gallon pitcher full of high-energy, artificially colored, cherry-flavored drink! 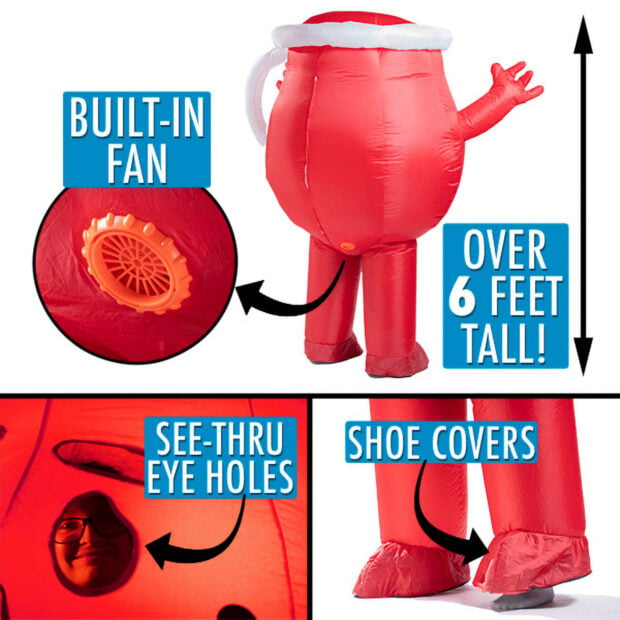 The officially licensed costume inflates with the push of a button, and since it fills up with air instead of actual Kool-Aid, you’re unlikely to drown inside of this thing. It’s big enough for adults and has a place for you to look out of its nose, so you don’t bump into any walls except for the ones that you really meant to. Now I don’t recommend crashing into any brick walls because you’re likely to break something, but if you want to have some fun, styrofoam blocks or sheets of Foamcore are always an option.

The Kool-Aid Man Inflatable costume is available from Vat19 for $129.99 (USD). Buy two and have a Kool-Aid Man sumo wrestling match with your friend!