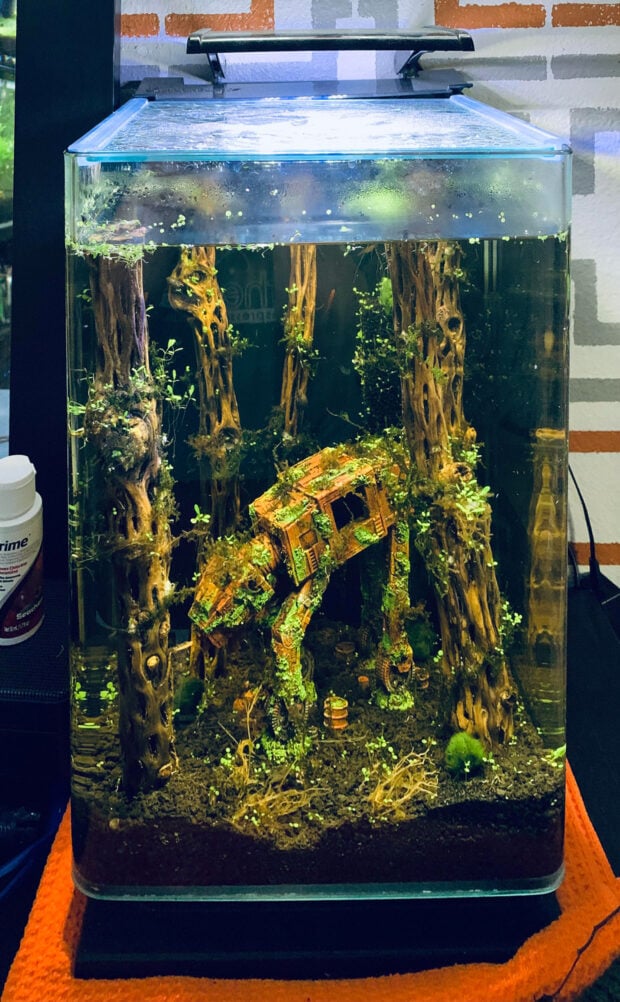 When you think of AT-ATs, you think of these giant mechanical beasts stomping along the snowy surface of Hoth. But what would happen if the Empire’s war machines ran on fossil fuels and their CO2 emissions, resulting in a greenhouse effect? It might end up looking something like this aquarium scene created by Carly Thompson.

After receiving a model AT-AT as a Christmas gift, she decided to incorporate the Imperial Walker into a small fish tank. She says the scene was inspired by the Kashyyk level of Jedi Fallen Order, and Endor from Return of the Jedi. But to me, it looks like Hoth after the polar ice caps have melted, raising the sea levels, and flooding the land as surface temperatures increased above freezing. The AT-AT has definitely seen better days, now that it has moss growing out of it, but it sure makes a nice home for the red cherry shrimp and Ramshorn snails who have taken up residence here. 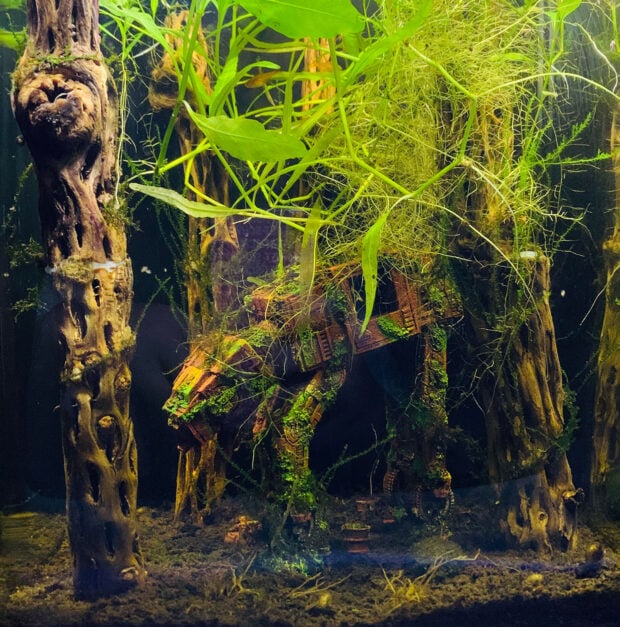