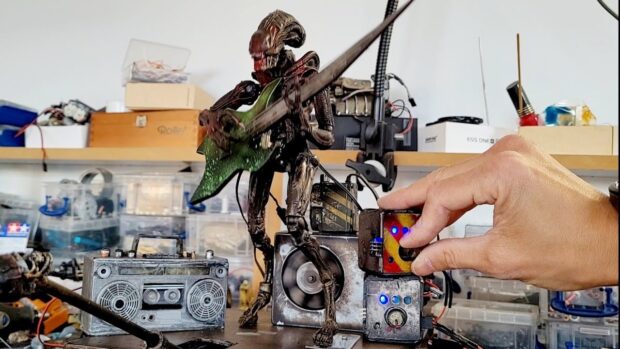 Xenomorphs: they’re just misunderstood aliens that want to rock out, not kill. Case in point: this small animatronic xenomorph built by Danny Huynh that jams out on guitar. Free Bird! Admittedly, I would still have a hard time feeling comfortable being a groupie. 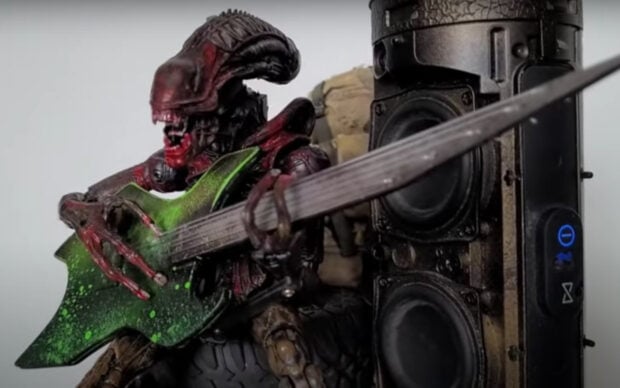 The animatronic’s basic tempo is controlled via knobbed servos, with its finer movements operated via radio controls so Danny can make the xenomorph’s motion correspond to the song it’s performing. Most impressive. Still, when reached for comment whether she’d ever attend a live concert, Ellen Ripley replied, “Only in an exoskeletal P-5000 Powered Work Loader.” Smart thinking.

Below is a video of an earlier iteration of the rocking alien performing Metallica’s ‘The Unforgiven,’ an appropriate song considering I doubt all those Colonial Marines have forgiven and forgotten what the aliens did to them. Now Danny just needs to build a Predator that can play drums and this duo can take their music on tour!