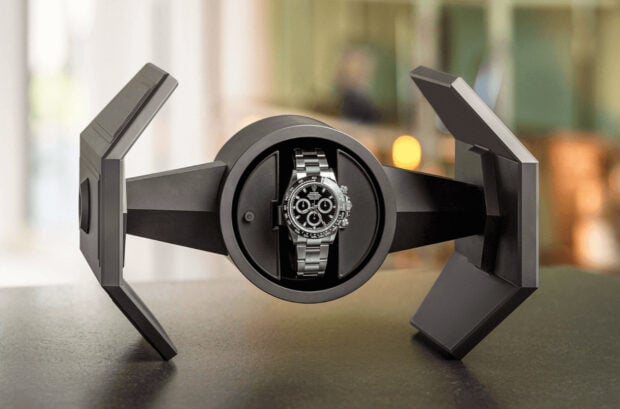 Do you own a fancy watch that’s powered solely by the movement of your wrist as you wear it? But are you not always wearing it and need an automatic watch winder to keep it powered and accurate? Are you a huge Star Wars fan? And RICH? Enter the TIE Advanced x1 Watch Winder from Kross Studio, a watch winder in the form of Darth Vader’s fighter during the attack on the Death Star. 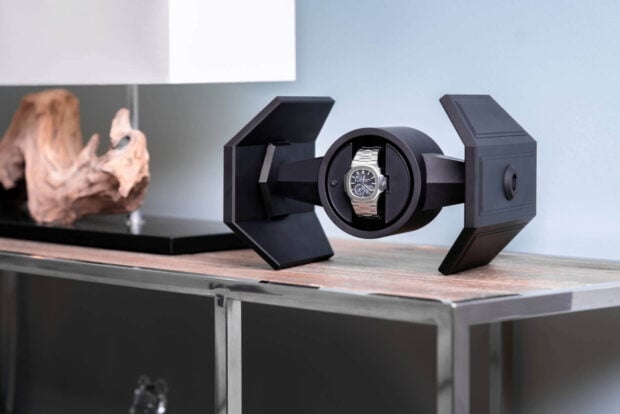 The black anodized aluminum watch winder, released after the Studio’s $150,000 Death Star Tourbillon watch, uses an infrared sensor to detect the presence of a watch and begin winding, with replaceable batteries powering the unit for up to two years. It costs $2,500, which is just a drop in the bucket for somebody who just spent $150,000 on a watch. Honestly, that watch should probably come with one of these winders free of charge. 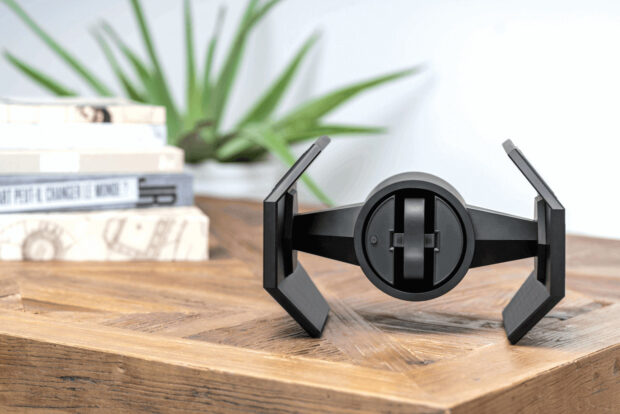 Rich people, am I right? I still wear the same Casio calculator watch I’ve had since high school that I wasn’t allowed to wear during math tests. “You know, you won’t always have a calculator in your pocket to help you in the future,” I remember Mrs. McKay being completely wrong about just before the release of smartphones.