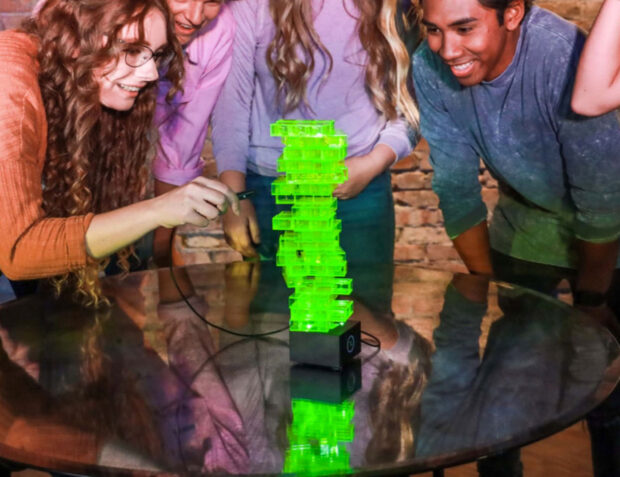 Jenga: just thinking about playing it makes me anxious. Same goes for Operation. And combining those two games comes ShiZap!, a Jenga-style game that randomly shocks players via the pair of tweezers that you use to remove and replace blocks, potentially causing a topple. I can already close my eyes and see myself refusing to play when somebody suggests it at a party. 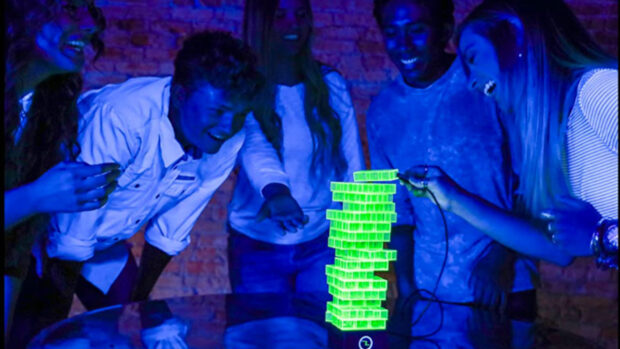 The game, developed by Amped Gamez and available on Amazon (affiliate link), is powered by three AAA lithium batteries and features a lighted base that plays ‘panic-inducing’ music and makes the plastic stacking blocks glow when the lights are out. There are also three selectable levels of shock: Zip, Zap, and ShiZap. Will getting shocked while playing on the highest level make you pee your pants? If it doesn’t I’d demand my money back if I were you. 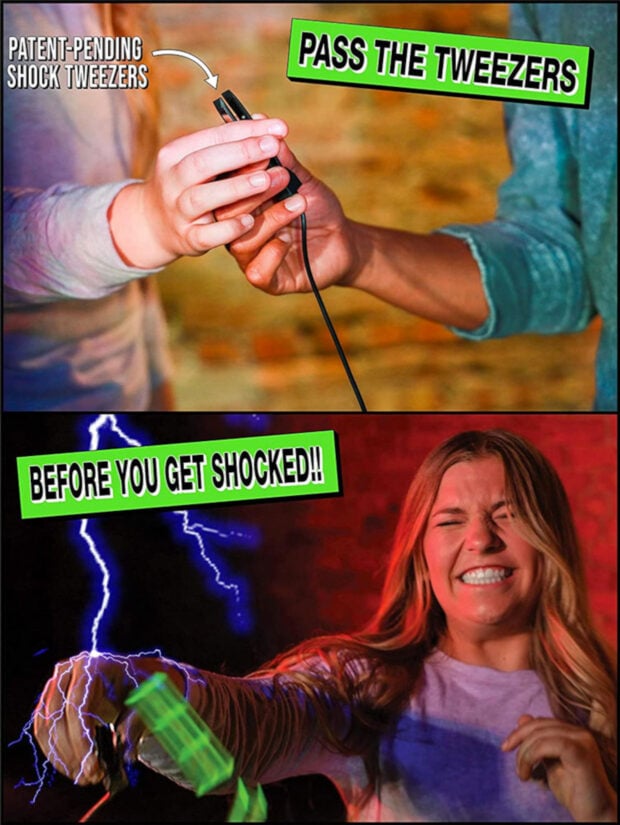 Whoever knocks the tower over has to hold the tweezers for a full three seconds of shock as punishment for losing. Alternatively, flip the table and tell the rest of the group you never wanted to play in the first place. Remember: good sportsmanship is only easy when you win. 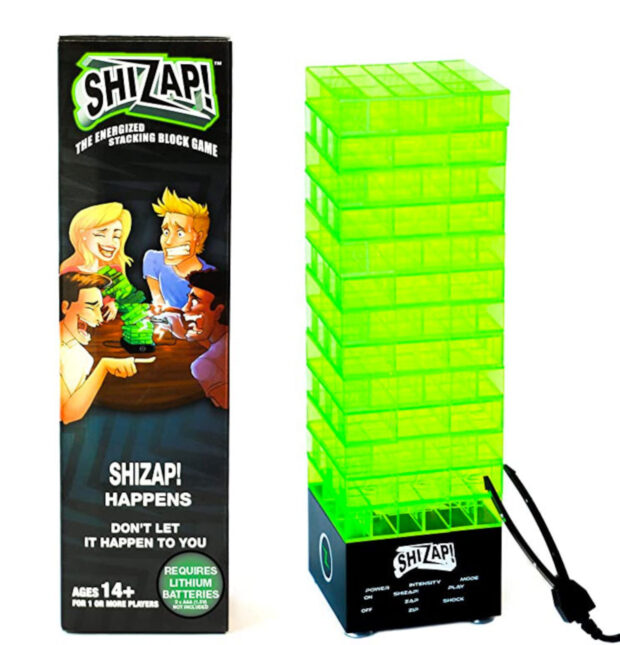