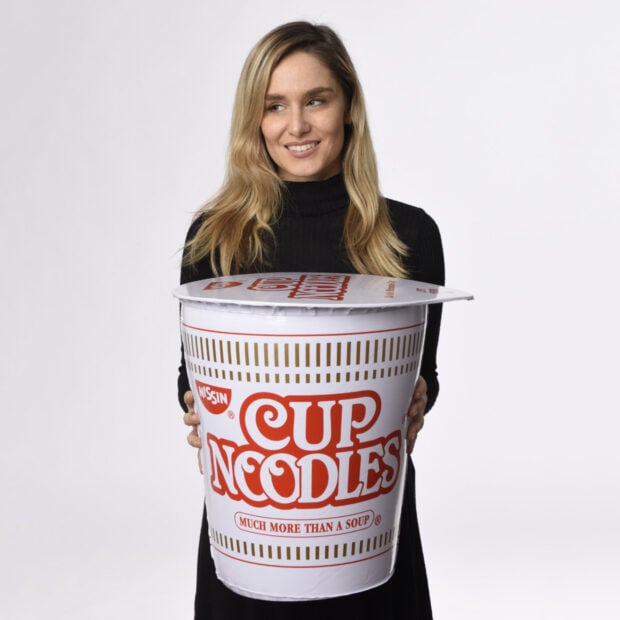 Are you a huge Nissin Cup Noodles fan? Big enough to buy a giant inflatable likeness of the product for display in your home or office? Well if you are, you’re in luck (also, a rare breed), because Nissin is selling this giant inflatable Cup Noodle through their fan store for $35. For reference, $45 will buy you a 72-pack of the real deal on Amazon (affiliate link), although I’m sure you already knew that if you’re such a big fan. 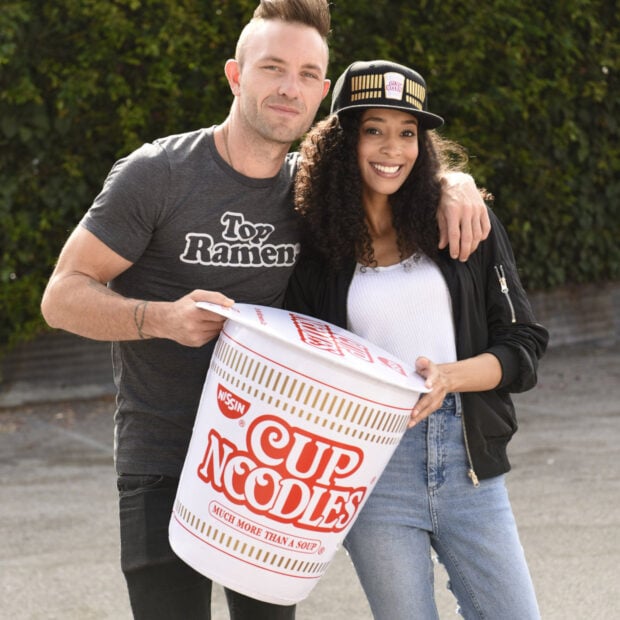 The giant Cup Noodle measures approximately 17″ X 15″ with a cardboard top and bottom, and, per the product website is “for display only.” Granted I’m not sure what else anybody could or would do with a giant inflatable Cup Noodles, but now that I think about it I really don’t want to know. 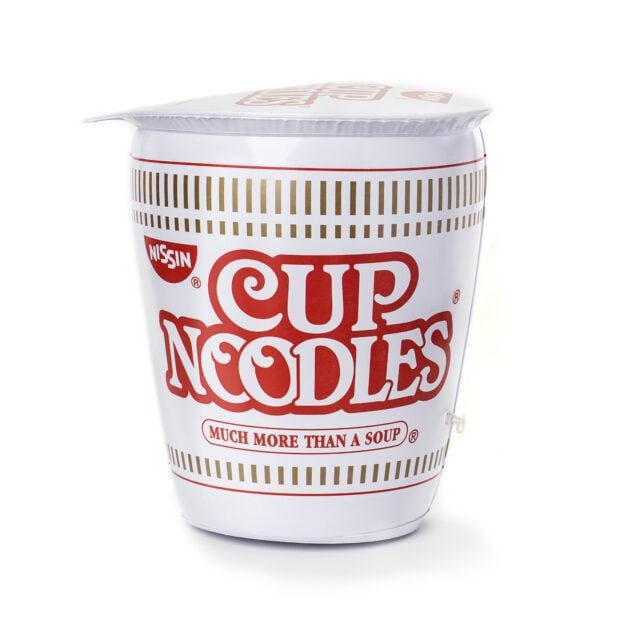 Nissin Cup Noodles are a staple of any college diet. I practically lived on them for six years, and I think it’s safe to say that I’ve already ingested more than 2,000% of my recommended lifetime allowance of sodium. Do I cry solid salt crystals? Just ask my wife if she can even remember the last time we ever had to buy salt from the grocery store.