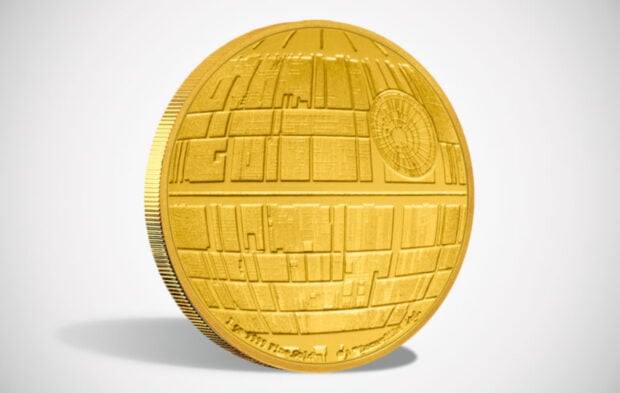 Released by the New Zealand Mint, these 1-ounce Death Star Coins are engraved with an image of the Empire’s moon-sized superweapon on one side and Queen Elizabeth on the opposite. A nice combo. Personally, I would have gone with an Ewok on the other side to commemorate the Battle of Endor, but I wasn’t asked. I’m never asked. 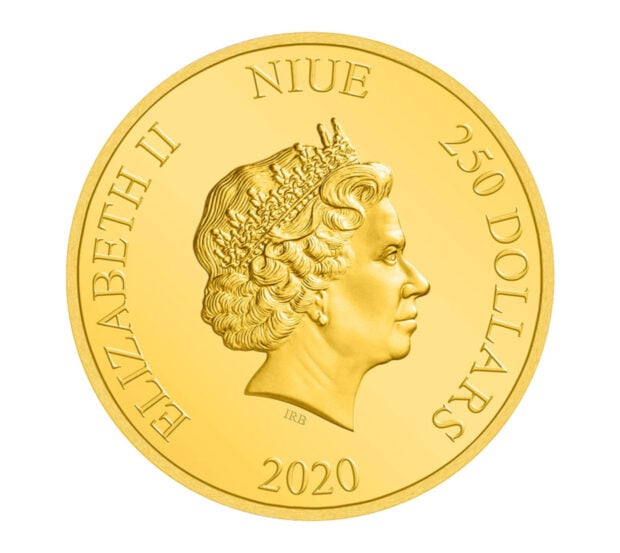 Limited to an edition of 500, the 0.9999% gold coins are available for $2,900 apiece. And, with the current price of gold hovering around $1,900, you’re paying roughly a thousand extra bucks for that Death Star engraving. Should you just buy an ounce of gold, mint a coin shape, and engrave your own? I’m not here to tell you what to do, but you absolutely should, and make me one while you’re at it. 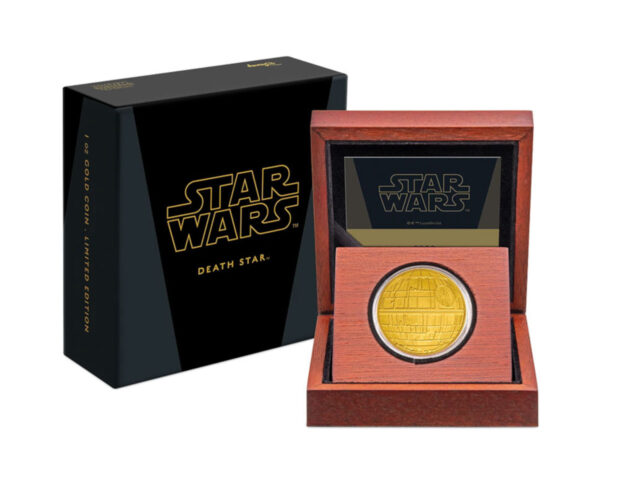 If I had the money, I would buy all five hundred of them, then slowly release them on eBay for an even steeper profit. Or end up selling them for less than I paid for them – it’s happened before. I’m not really a great investor. Take, for instance, the time I invested in a complete set of original mint-in-package Kenner Star Wars action figures from 1977, then tore them all out of their packaging and played with them in the bathtub. I… have regrets.