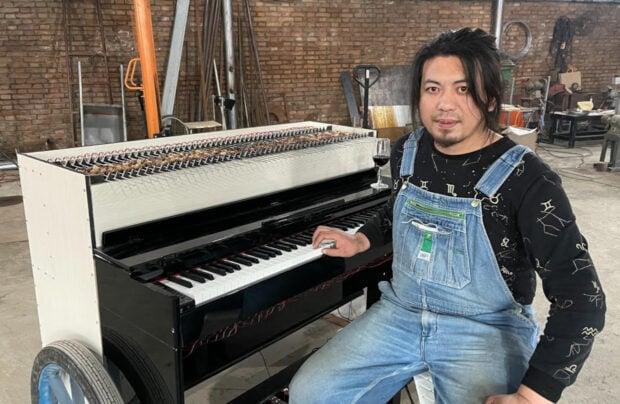 Genius: you know it when you see it. And I saw this motorized piano BBQ grill crafted by YouTuber Handy Geng, and I knew instantly he was ahead of his time. Did he travel back from the future to showcase this marvel of modern music and grilling technology? It would be hard to argue otherwise. Now play the Oscar Mayer Wiener song! 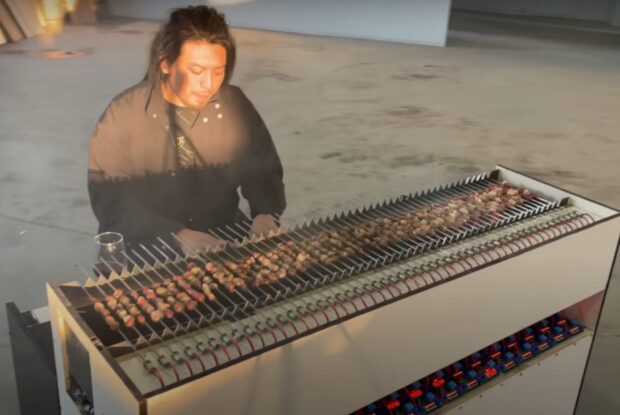 Handy Geng’s ‘BBQ Car,’ as he calls it, consists of a piano that can be driven around on a motorized base. When a key is pressed, it not only plays the proper note but also rotates the corresponding rotisserie skewer above. Honestly, it’s hard to imagine someone being so ahead of their time. It’s scary. Did anybody else just get the goosebumps?

The video details the entire build of the BBQ Car, and if I were any handier I would definitely try building my own. I’m not handy though, and I’m fully willing to admit even attempting to build my own motorized BBQ car would result in an inextinguishable fire, and, much more than likely, the total loss of my security deposit.