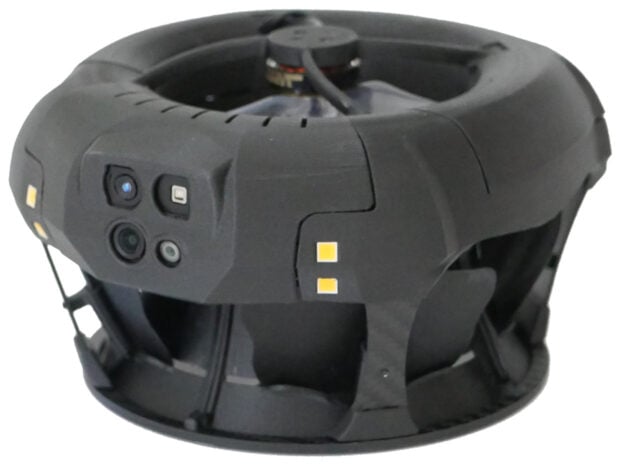 I was just thinking the other day somebody should combine a donut and a drone, and apparently Boston-based Cleo Robotics was already on the case, developing the $9,800 Dronut X1 – the world’s first bi-rotor ducted drone that can operate in much tighter spaces than traditional drones. Now I can see where this is headed, but there’s no way I’m letting my doctor fly one of these inside me for a colonoscopy. He already misses my knee half the time just checking my reflexes!

The Dronut X1 was designed with military and police applications in mind, has a 1km range, and weighs only 15-ounces with an onboard 4K camera and streaming capabilities. It navigates around its environment “via 3D LiDAR (light detection and ranging), which utilizes beams of light that hit an object or a surface and reflect back to the laser scanner to create a 3D visualization of its environment.” Me? I navigate around my environment with my hands stretched out like a mummy hoping I don’t stub a toe on the way to the fridge for a midnight snack.

The Dronut’s ducted design means no exposed rotors, and no exposed rotors mean it can’t hit anything with those rotors, making it ideal for flying in environments where you don’t want things shredded by a traditional quadrocopter’s spinning blades. I swear, if I had a nickel for every time I’ve stuck my hand in a ceiling fan putting a shirt on in the morning, I might actually be able to afford a $9,800 Dronut.