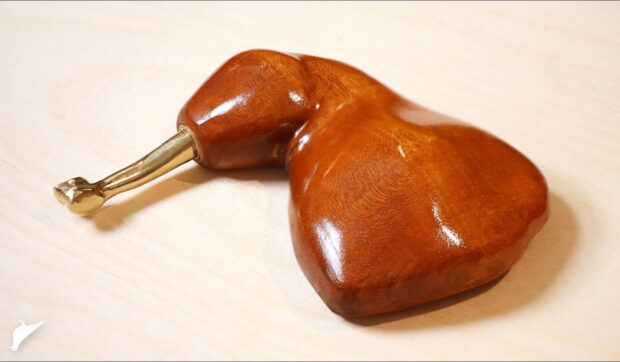 Proving that art isn’t dead, it’s just gotten extremely esoteric, Berlin, Germany-based artist and inventor Uri Tuchman crafted a beautiful wood and metal dagger inspired by the shape of a chicken leg. Now you can carve your chicken with a chicken! What a time to be alive and not a chicken. 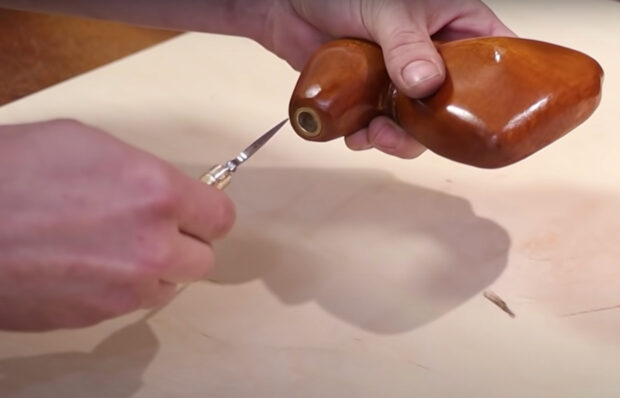 The video details the entire chicken dagger-making process from beginning to end, including meticulously cutting and carving the wooden thigh sheath, then shaping and grinding the leg bone dagger portion. I think it goes without saying, but KFC really missed out not asking Uri to make them a dagger to use in one of those weird Colonel Sanders commercials they’ve been producing lately.

I believe Uri has just created the perfect weapon for a king’s feast assassination! You just pretend you’re eating your chicken leg, then a little discreet king-stabbing action, then return to pretending to eat your chicken, and nobody will be the wiser! I mean, unless they weren’t serving chicken at the feast, in which case it’s dungeon time for you.