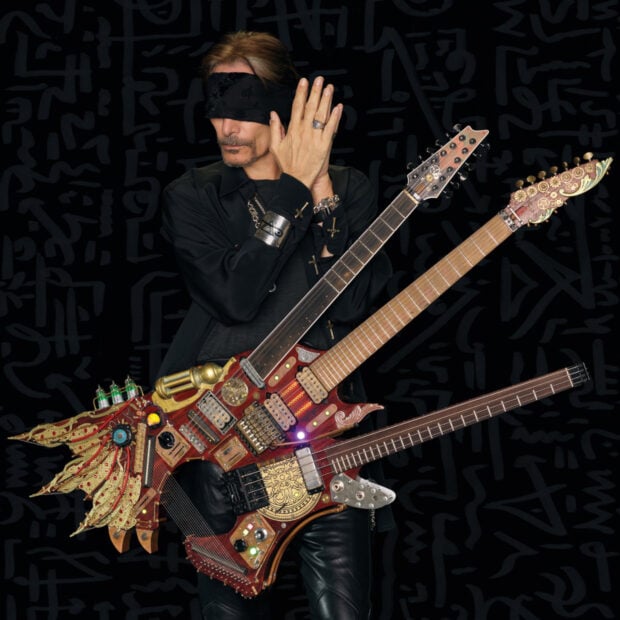 The brainchild of famed guitarist Steve Vai, the Hydra is a triple-neck steampunk-styled guitar that combines four different instruments: a fretless 12-string guitar, a half-fretless bass, a 7-string guitar, and a harp (seen at the bottom). Following Vai’s concept, the instrument was designed by Moti Kashiuchi and built by Ibanez Japan’s Kazuya Kuroki. There’s no doubt in my mind if you play the right chords on that thing, you can summon a dragon. 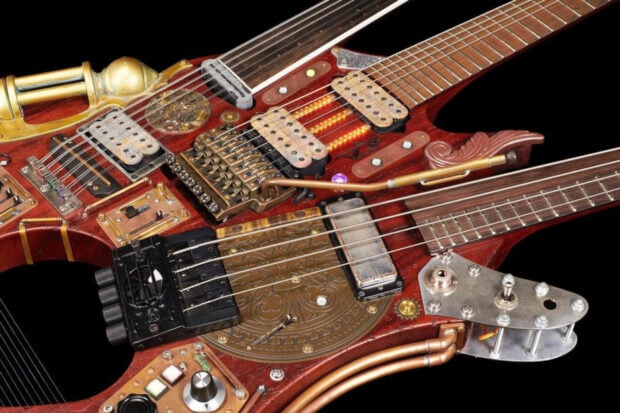 The idea for the guitar was inspired by a song on Vai’s new album ‘Inviolate’ called ‘Teeth of the Hydra.’ Each part of the instrument can be played independently of the others, with its own switches, mixers, and effects. Can you imagine how powerful it must feel to wield this thing on stage? Now I can see why they call guitars axes, and it’s not because you can use them to chop wood. I learned that the hard, expensive way.