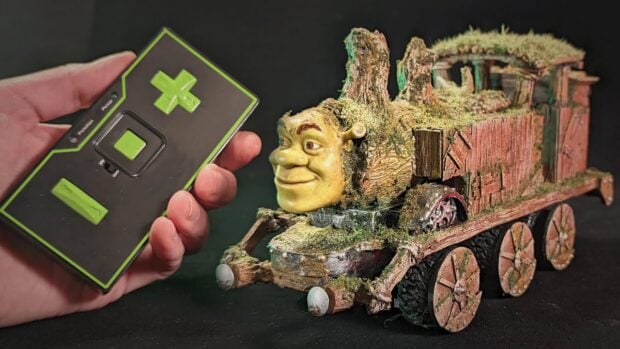 Inspired by the DreamWorks movies (and presumably at least one fever dream), YouTube channel Studson Studio decided to build a Shrek-themed R/C tank engine. In the video, Studson takes us all aboard for the entire locomotive journey, steaming along from concept to the very last stop. Those were a bunch of train references in case you didn’t notice. 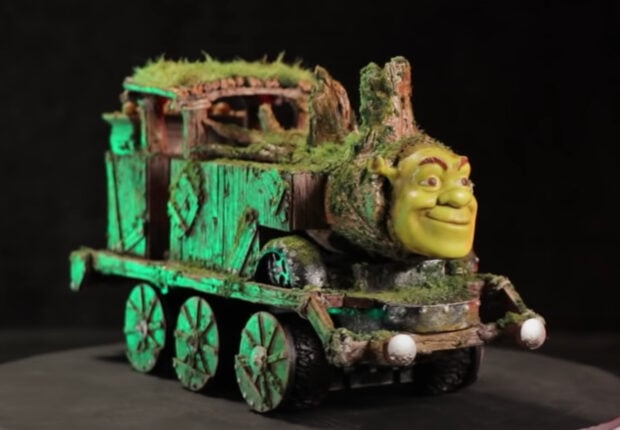 The train’s powerhouse is a small R/C car, and its Shrek head is from a PEZ dispenser, but the rest of the train is constructed almost entirely out of found objects, including a toilet paper holder for the boiler, wooden coffee stirrers, Pogs for the wheels, thumbtacks for the bumpers, and broken sticks. The final result is most impressive, and would undoubtedly give Thomas the Tank Engine a run for his money hauling terrified train cars. 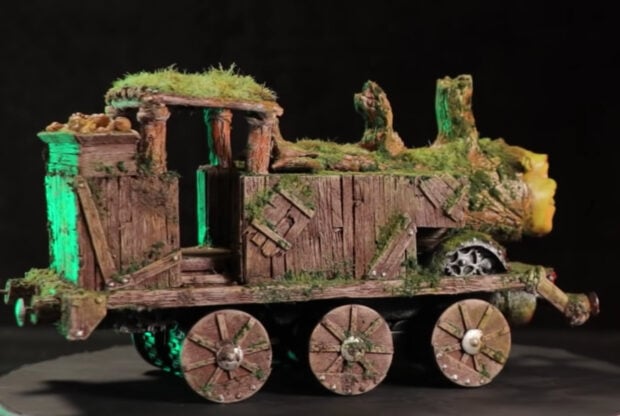 Some people are just so talented. It’s a shame I didn’t get any of that talent. I’m only really good at starting projects, getting frustrated with the way they’re going, and abandoning them half-finished. Oh — and breaking things. I’m also great at breaking things.