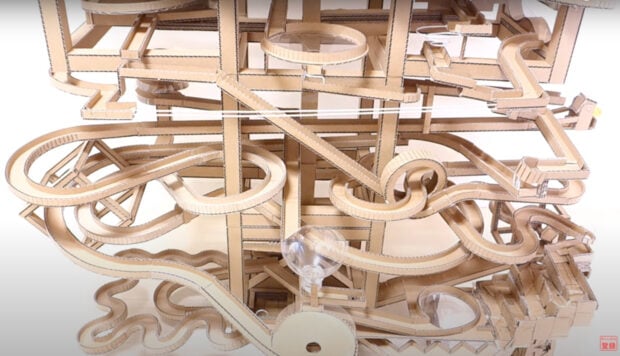 Marble runs: I remember constructing them as early as kindergarten with wooden block sets. Those were simpler times. And to think back then, all I wanted to do was grow up and be an adult already. What a mistake that was. But enough about a life of regret, this is a video of Marble Run Machine 37 Spin-Off constructed by marble maniac and YouTuber B-dama Friend almost entirely out of cardboard and a dream. 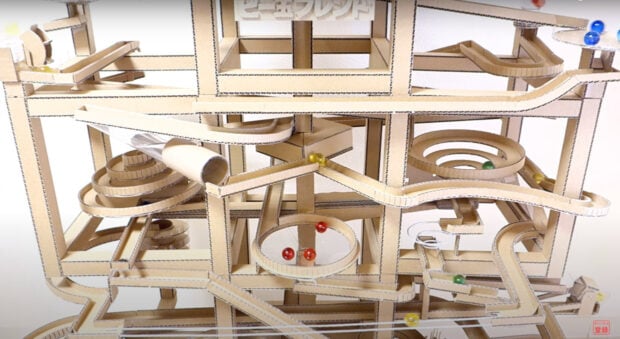 I estimate the marble run to be made out of approximately 98% cardboard and 400% glue. Those also happen to be two of my own favorite building supplies. Throw duct tape in the mix, and you have the holy trinity of all my do-it-yourself projects. I wonder if, during its construction, he ever accidentally glued a piece to his hand like I always do.

The machine releases green, red, yellow, and blue marbles in order and diverts them along different paths throughout the run with spinners so that by the time they reach the bottom, they’re dropped into trays consisting of only their own color. How about that! For comparison, whenever I built marble runs, I was lucky to have a marble reach the bottom at all unless it jumped out of the track at the very top.