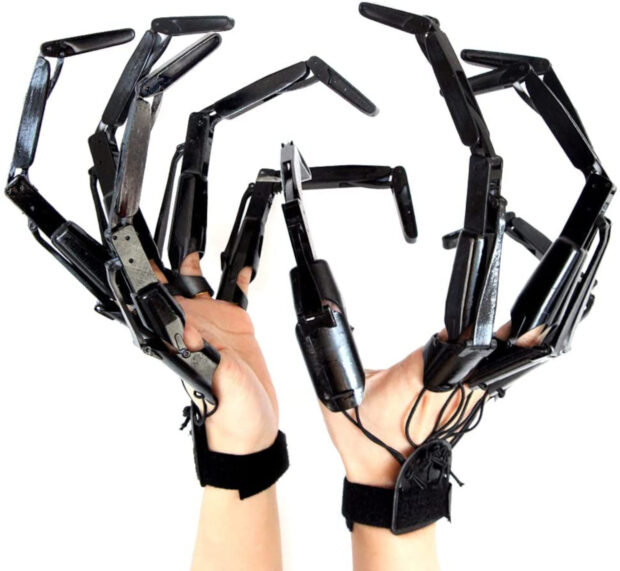 Because why not make every day Halloween, HELIAN is selling these 3D Printed Flexible Finger Extensions on Amazon (affiliate link). The gloves feature long articulated fingers reminiscent of Freddy Krueger’s that triple the length of your existing fingers, presumably so you can reach the television remote without straining yourself. Or at least that’s how I plan on using them. 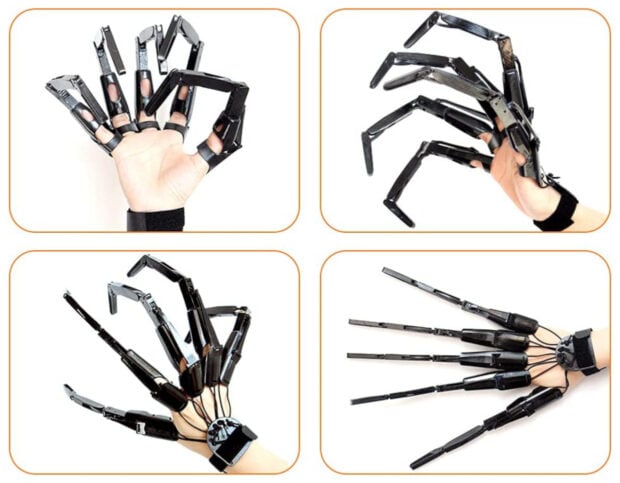 The fingers can be individually posed in any position, and if you don’t pose the middle finger flipping one of the longest birds I’ve ever seen, clearly, you’ve missed the point of these gloves entirely. Alternatively, cover the gloves with faux fur and pretend you’re a werewolf. Either way, I’ll be sure to keep my distance from the crazy person with the finger claws. 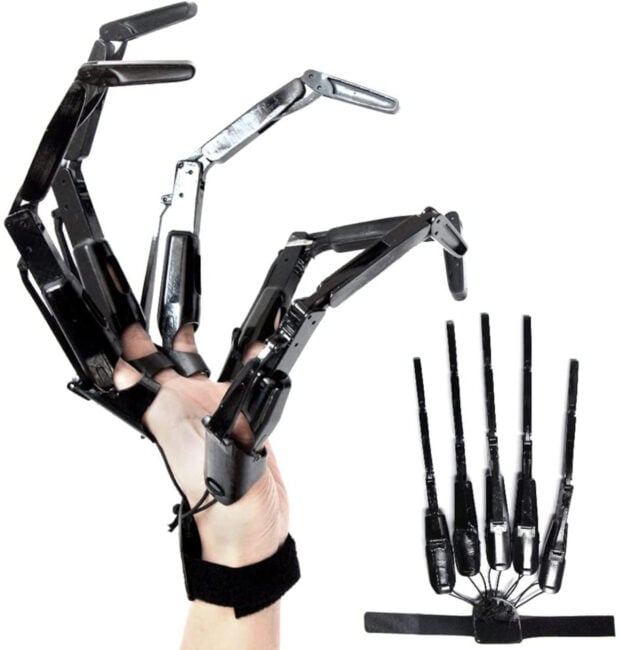 Whatever you do, if you see someone wearing a pair of finger-extending gloves, DO NOT ask for a back scratch. I made that mistake, and now I can’t even look at a fingernail without flinching – which particularly sucks because I have ten of them and spend all day typing, so my workday is pretty much just one long flinchfest now. You’d think I’d seen a ghost! Granted, I really have before, but that’s unrelated.