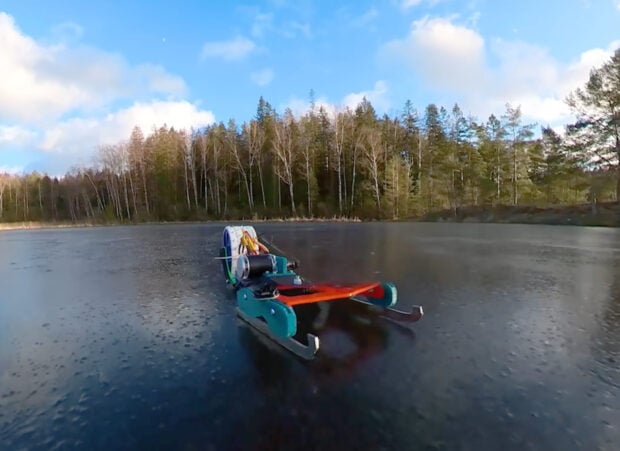 The brainchild of Simon Sörensen of YouTube channel RCLifeOn, this R/C vehicle was designed specifically with traversing ice in mind. Inspired by the one-wheeled motorcycle from 2003’s Spy Kids 3 (I must have missed that), the vehicle was constructed using 3D printed parts and features a brushless motor powering a spiked rear wheel via a chain drive with steering provided by two repurposed ice skating blades. I’m sure his younger sibling won’t miss those. 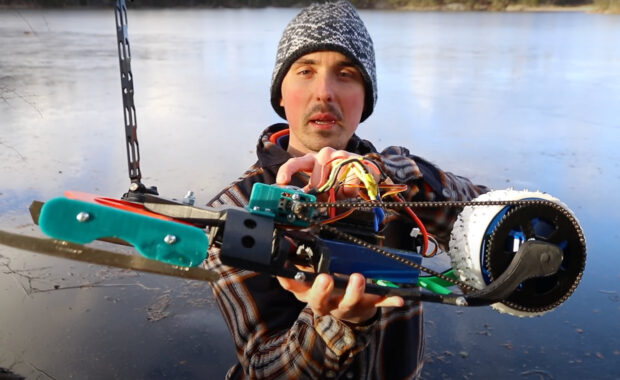 After an initial driving test, Simon had to tweak the steering to tighten an unacceptably wide turning radius, but after that, the vehicle appears to perform fairly well. That’s good too because you’re not going to take home the gold model in figure skating if you have to use the entire width of the rink just to perform a 360°.

Simon says he’s pleased with the result but plans on making an even better version sometime in the future. And I, for one, can’t wait to strap two of those suckers to my feet and terrorize everyone at the ice skating rink Wile E. Coyote style.