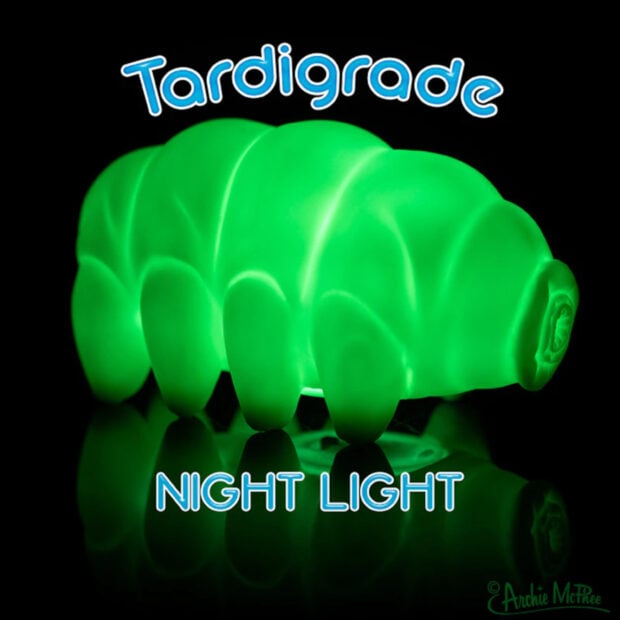 Tardigrades (aka water bears) are some of the most resilient animals on earth, able to survive even the harshest conditions, from extreme heat and cold, to air and food deprivation, to radiation. They’re practically unkillable, so what better animal to keep a watchful eye over you at night than this $16 Tardigrade Night Night from Archie McPhee? Sure, its mouth looks like a nightmare, but that will keep all the other monsters away.

Measuring 4-1/8″ x 2-1/4″, the night light is a traditional ceramic white when not in use but glows a phosphorescent green when turned on (powered by two LR44 batteries, included). Of course, being over four inches long, it’s significantly larger than actual tardigrades, which top out at around 0.5mm full grown. Those are some tiny bears! I still wouldn’t poke one, though, just for the record. 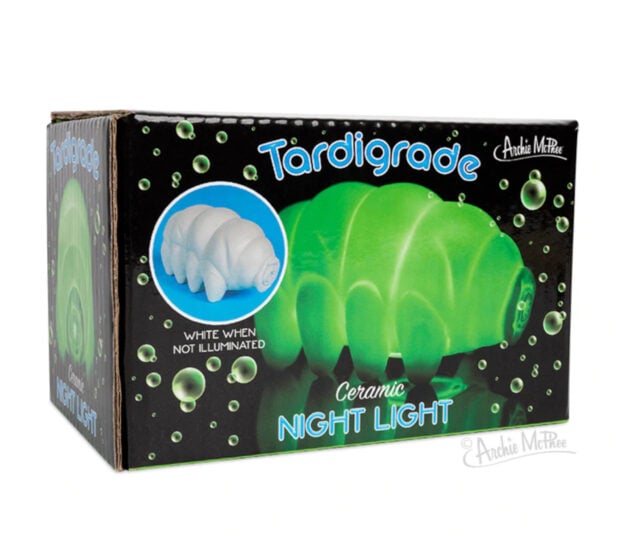 This kind of reminds me of those light-up Hasbro Glo Worm plushies from the ’80s. I think I might still have mine in a box in the basement somewhere. Just don’t listen to my wife if she tries to tell me it’s not in a box because I sleep with it every night. She’s lying. The same goes for whatever she says about my blankie.