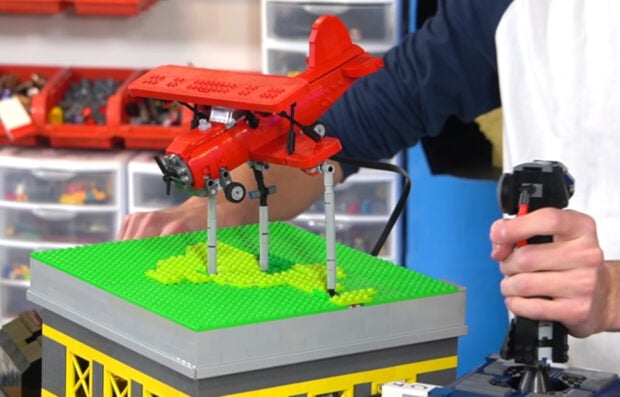 Because if you can dream it, you can build it (at least with LEGO bricks), Riley of Youtube channel Brick Science wanted to build a tabletop flight simulator entirely out of LEGO. Something that would sit on the table, and you could move with functional controllers. And that’s exactly what he did. 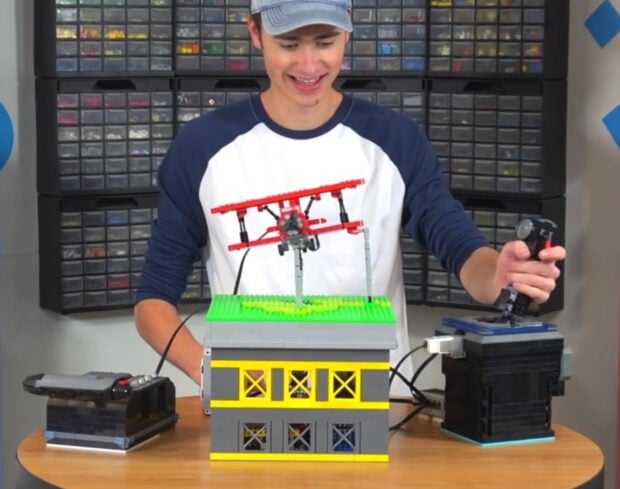 The LEGO EV3 joystick and throttle control the plane, with the throttle making the airplane’s propeller spin faster and the joystick controlling the plane’s axis of movement. In addition to the biplane, Riley also demonstrates a helicopter and jet that also work on the flight simulator platform. Impressive! Now submit it to LEGO so they can make it an actual set you can buy!

Personally, I love flight simulators. They’re way less scary than actual flying, which is terrifying. Especially when your older brother and all his friends convince you to repeatedly jump off the roof with a pair of cardboard wings because you weren’t flapping hard enough on the previous attempt. Now that I think about it, maybe that’s where my lifelong fear of flying comes from.