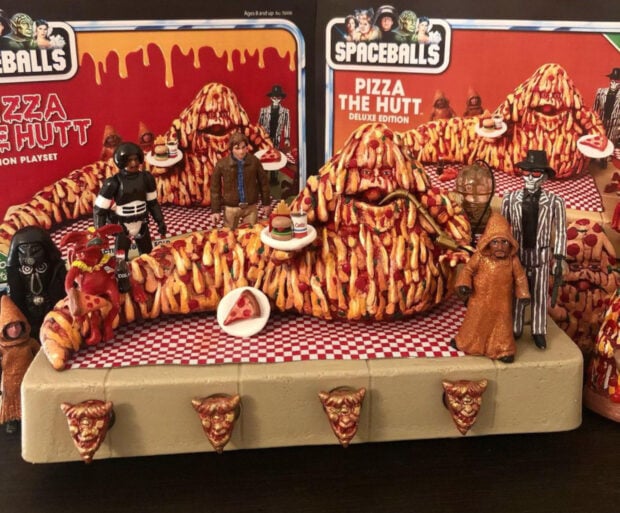 Handcrafted in the style of vintage Kenner Star Wars toys, Retro Custom Art’s andytdesigns made this Spaceballs Pizza the Hutt action toy playset. Andy imagines the toy was made for a national Spaceballs x Pizza Hutt line of toys that were released to the public. I don’t know about you, but I need this in my life. In my office specifically, but only because I know my wife won’t allow it on my nightstand where it actually belongs. 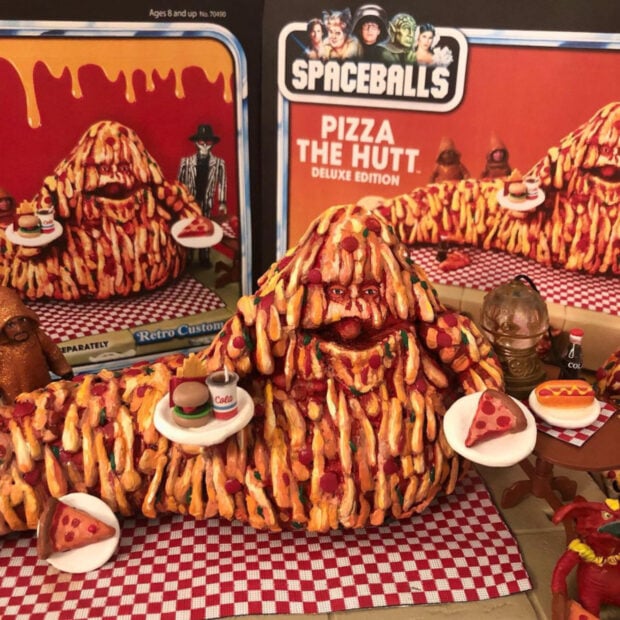 Andy has also made several other custom Spaceballs action figures, most of which are available in his Etsy and eBay stores for around $50 – $75. Unfortunately, I didn’t see the Pizza the Hutt playset for sale (I dug deeper and found out he’s not selling it and only made it for an upcoming art show), which is a shame because that’s the one I wanted the most. Granted, I wouldn’t be able to afford it even if it was listed, but a boy can dream. I’m going to be a space ranger when I grow up! 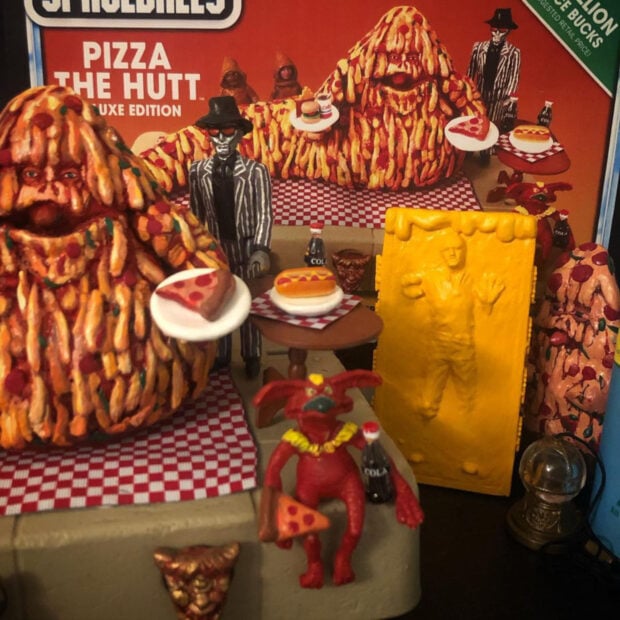 I guess I’m left with no choice but to make my own. And if my version just so happens to be an actual piece of pizza with a pair of googly eyes stuck in the cheese, so be it. It’s not like my apartment doesn’t already have a rodent problem anyways. 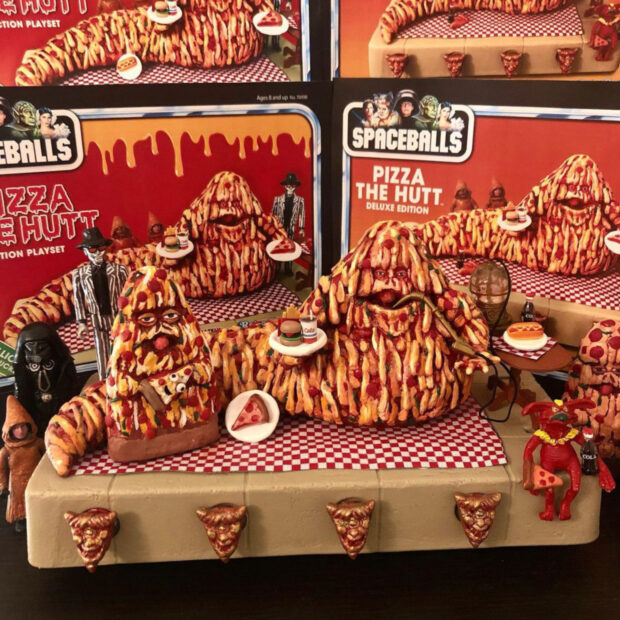