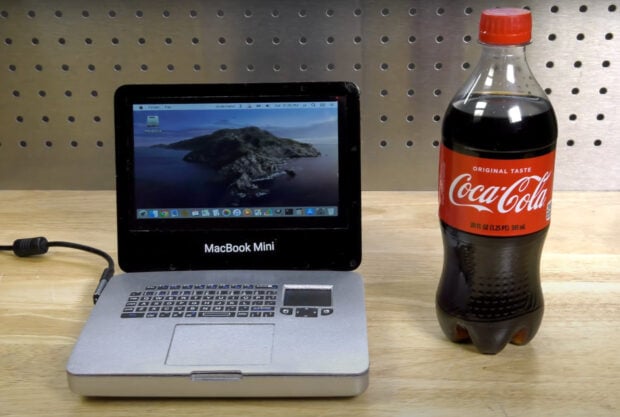 Because dream it and you can achieve it, modder Michael Pick (aka the Casual Engineer) went and built himself a custom MacBook Mini, which he considers “the world’s smallest MacBook Pro.” It doesn’t actually run iOS, though, instead, it’s powered by a Raspberry Pi 4 running iRaspbian OS. It only looks like an Apple product, which is what a lot of consumers only care about anyways. 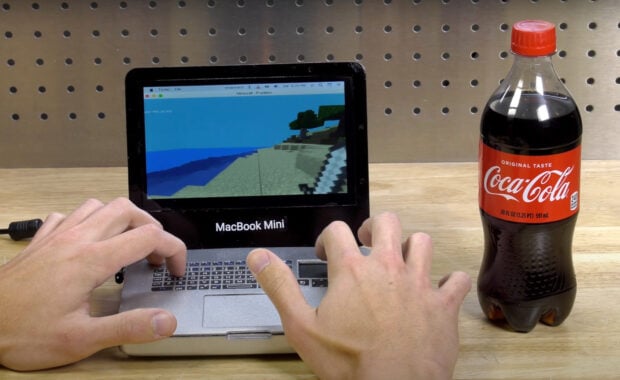 The MacBook Mini features a light-up Apple logo on the back of the screen and a MagSafe charging connector and USB 3.0 port. Besides those features, the tiny laptop looks almost unusable – at least with my big bear paws. Maybe my wife could use it; she has tiny hands. They’re so small she can’t even open pickle jars, which is one of the two reasons I suspect she keeps me around. The other is jelly jars.

Pretty cool, albeit impractical. You’re probably better off just using your phone as a computer. Unless you still sport a Nokia 3310 brick phone as I do. I took it to the phone store recently to ask about an upgrade, and the kid behind the counter said he’d never even seen one before. Wait till I bring in my pager!