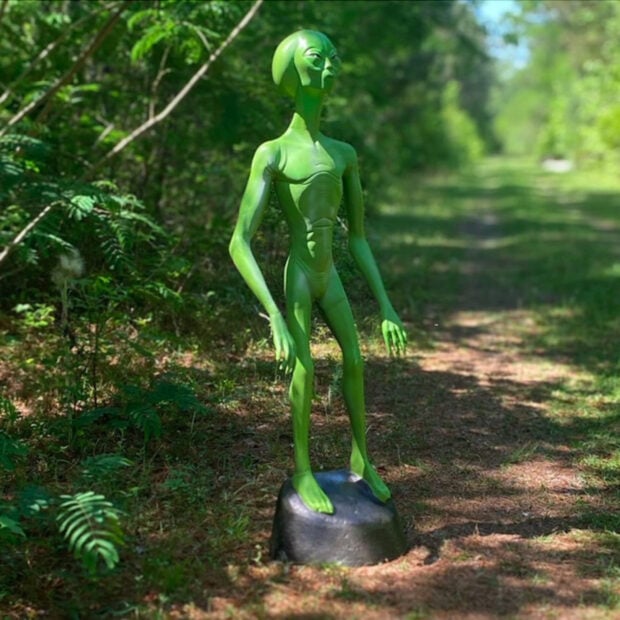 Because no garden is complete without a life-size alien visitor creeping amongst the rose bushes, King’s Bay produces and sells this 5-foot tall Area 51 Glow In The Dark Alien Garden Statue (affiliate link). The out-of-this-world visitor is made from cast aluminum and painted with glow-in-the-dark paint to really stand out after the sun goes down. And, just like an alien once told me, “The nighttime is the right time.” That’s when I hit it in the back of the head with a shovel! 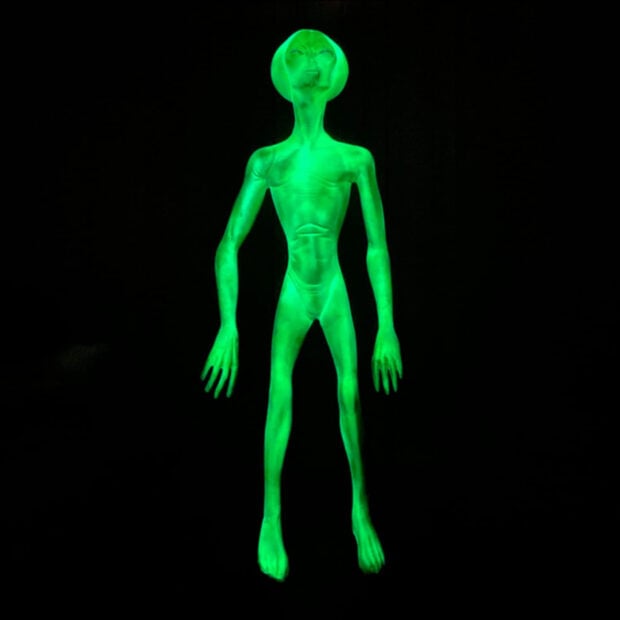 With its stand, the alien measures approximately 64″ tall, 22″ wide, and 15″ deep and is sure to have my neighbors calling the local news channel to report an alien sighting. They aren’t the brightest lights in the neighborhood, but they do love a good conspiracy theory. 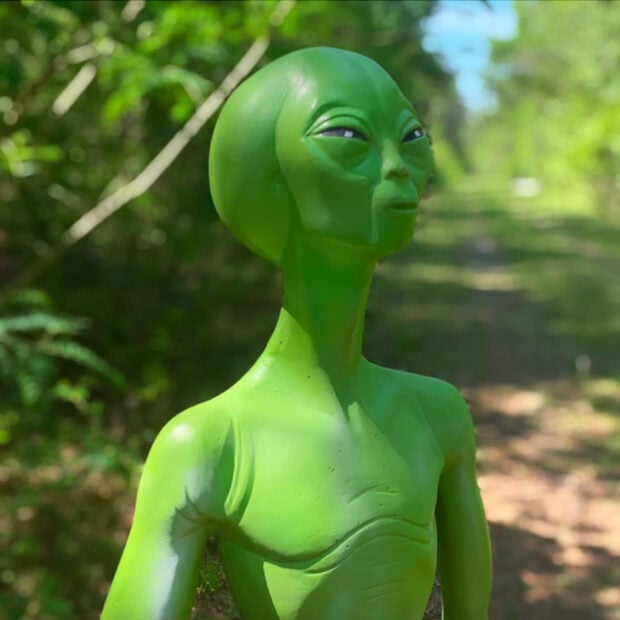 Don’t have the $1500 to spend on this particular alien statue? No worries, just make your own papier-mâché version as I did and cover it with a can of glow-in-the-dark spray paint. Sure it pretty much melted after the first rain, but now I have an alien ZOMBIE garden statue, and can you really put a price on that? Because my homeowner’s association thought it was worthy of an $85 fine. 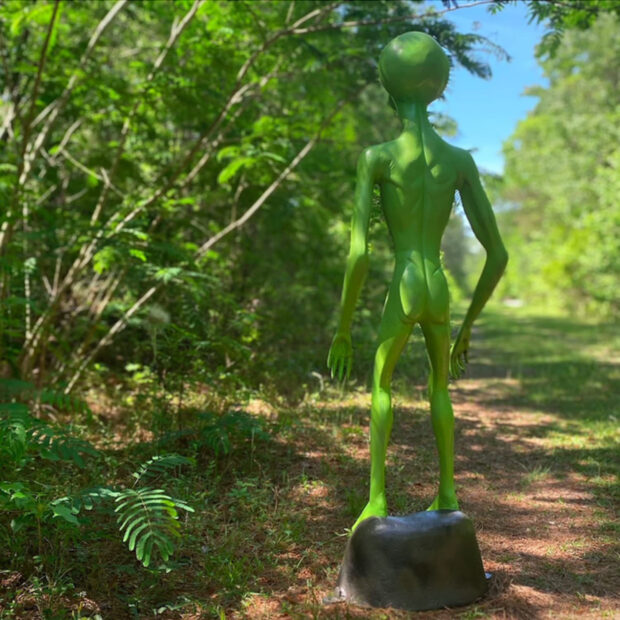