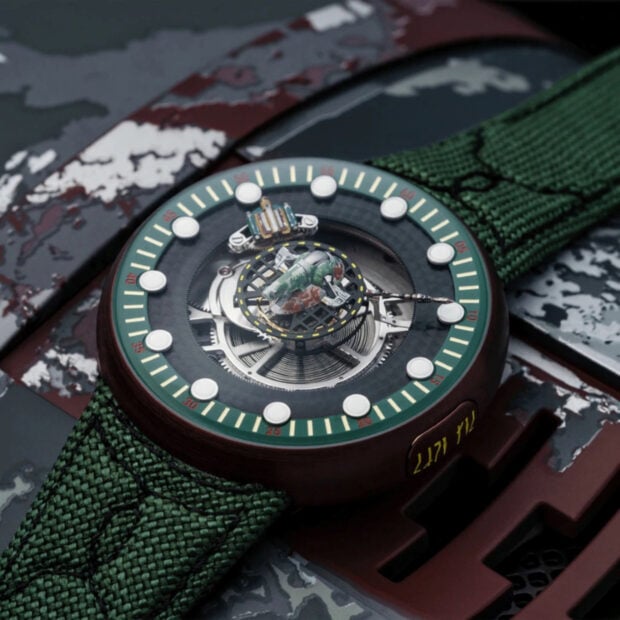 Inspired by everyone’s first or second favorite bounty hunter in the Star Wars universe (depending on whether you prefer the Mandalorian or are a weirdo and favor Greedo), Kross Studio has created this $120,000 Boba Fett-themed watch. Boba’s Slave One starship is featured in the center of the tourbillon and slowly rotates, while the hour hand features a tiny replica of his Z-6 jetpack, and the minute hand is the jetpack’s rocket-firing missile. 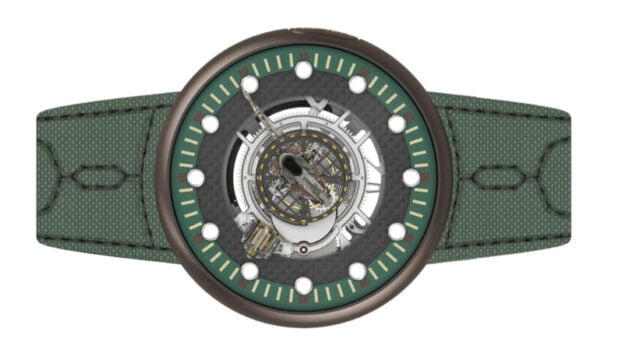 The watch is a limited edition of only ten pieces, each of which took 220 parts and 90 hours to construct. For reference, that’s $545.45 per watch part or $1,333.33 per hour of construction. So it’s ridiculously expensive no matter how you look at it. But it does come with three interchangeable watch bands and a collector’s case made from the same mold as the model used in The Empire Strikes Back, which totally makes up for it.

Sure, there are a lot of different ways to spend $120,000. But is there any better way than on a luxury Boba Fett watch? I suppose that depends on who you ask. But if you ask me, there isn’t. Of course, I also spent last month’s rent on a LEGO Transformer, so I might not exactly be the voice of reason.