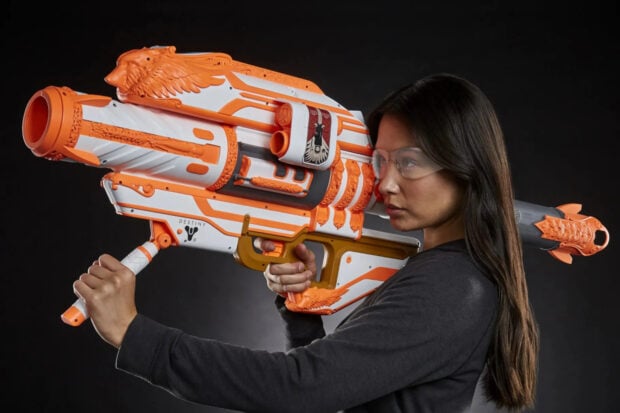 Directly modeled after the infamous rocket launcher from the Destiny video game franchise, NERF is releasing a full-scale replica of the Gjallarhorn. Pre-orders for the limited-edition weapon begin July 7th for people who unlocked the weapon in Destiny 2. If there are any left after July 21st, the rest of us mortals can order one too. The massive weapon measures 40″ long and comes with an equally impressive price tag: $185. Ouch! Looks like my friends and I will have to continue throwing rocks at each other in the woods instead. 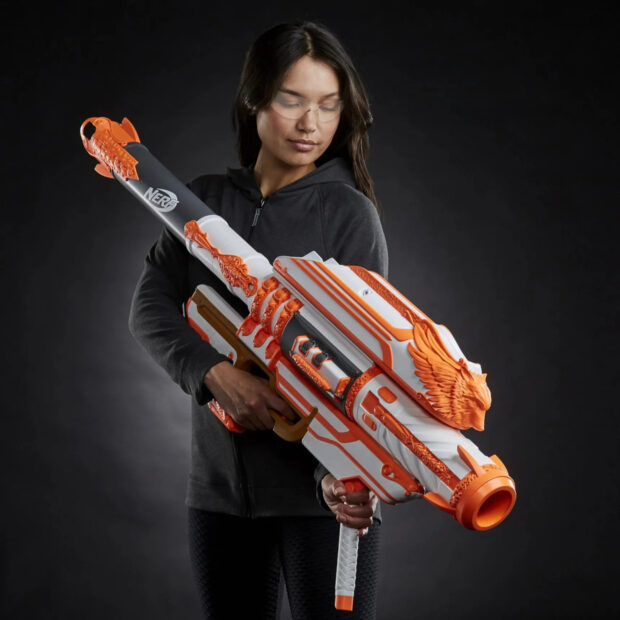 The rocket launcher is reloaded just like it is in the game, with the top of the weapon sliding forward to allow its operator to insert three NERF MEGA darts. The Gjallarhorn fires all three darts at once too, in order “to give that visual sense of the Wolfpack Rounds swirling and flying through the air towards your target.” Yeah, well for $185 it better. 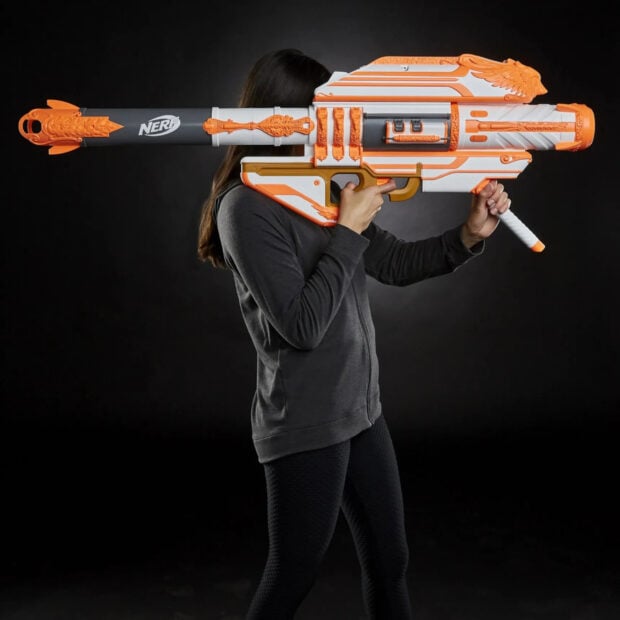