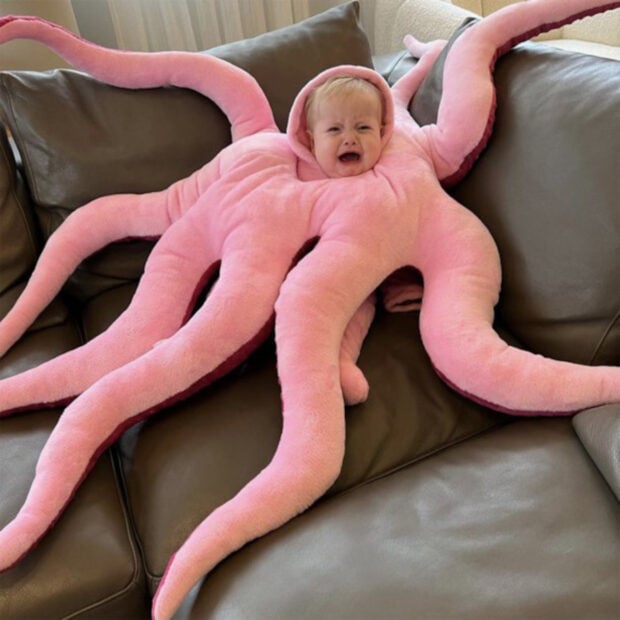 Seen here looking about as happy as I’d expect a child wearing a giant octopus costume to be – a baby models the Stuffed Octopus Toy Costume made by Musuos and available at Walmart. It probably goes without saying, but I just had the best idea for this year’s family Christmas card! 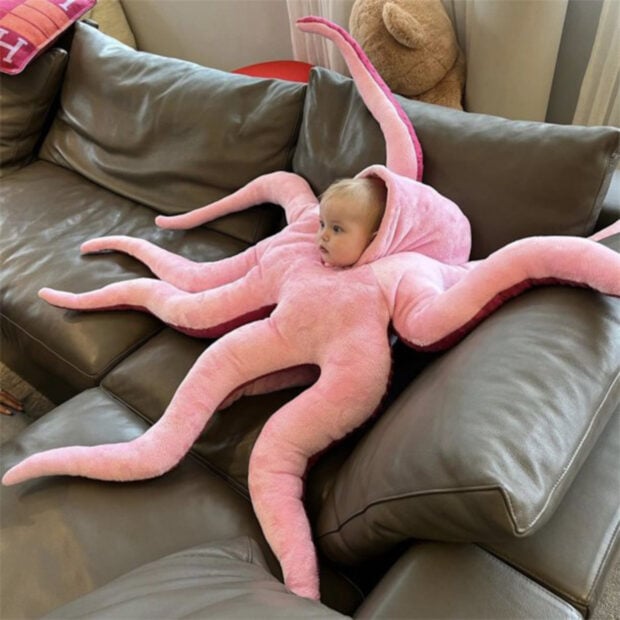 The costume measures approximately 47″ from the tip of one tentacle to the end of the opposite one. It is sure to be quite the sight as your baby learns to crawl, and you see an octopus go scurrying across the floor while you’re watching television. Hopefully, it can’t only crawl backward and constantly get stuck under the sofa like I used to. 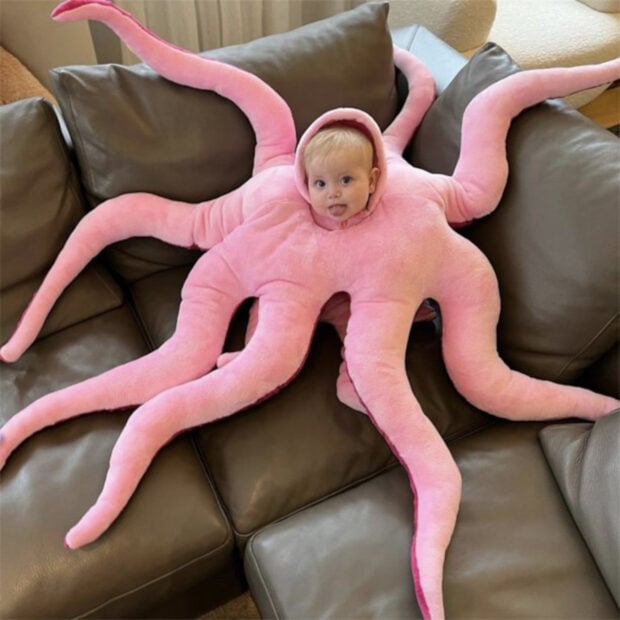