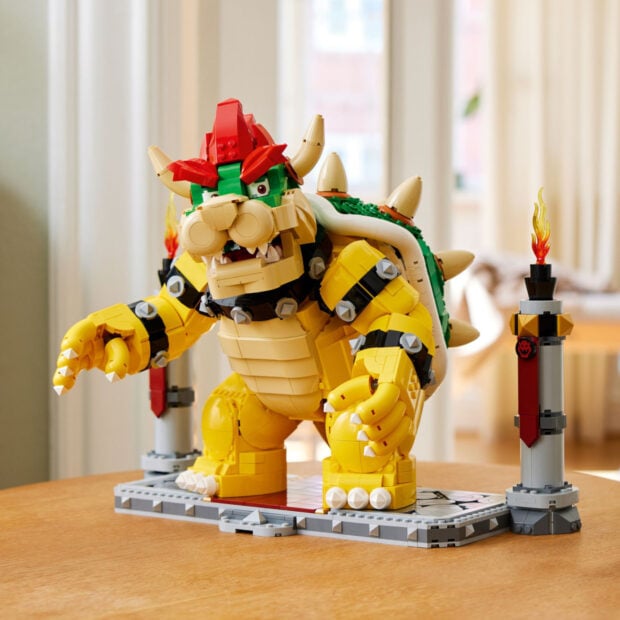 Because LEGO and Nintendo are a match made in heaven, LEGO will release a 2,807-piece Mighty Bowser build set this October for $270. It’s not the cheapest LEGO set, but it is probably the most likely to steal the princess and constantly move her to another castle. 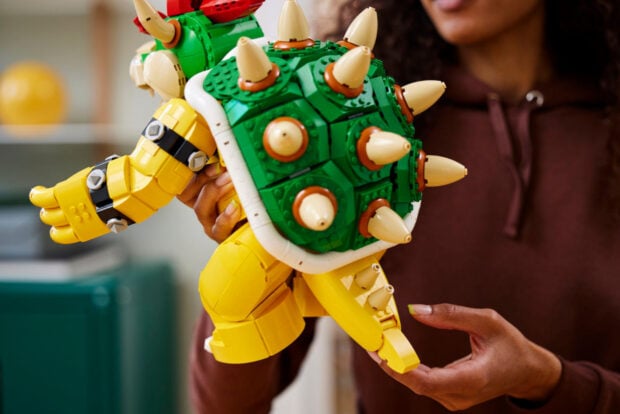 LEGO Bowser stands approximately 12.5″ tall, and his head and neck can be moved via a button underneath his shell, which can also be pressed to launch a fireball from his mouth. His arms, fingers, legs, and tail are all poseable, and if I don’t get one for Christmas this year, I’m ostracizing my entire family. 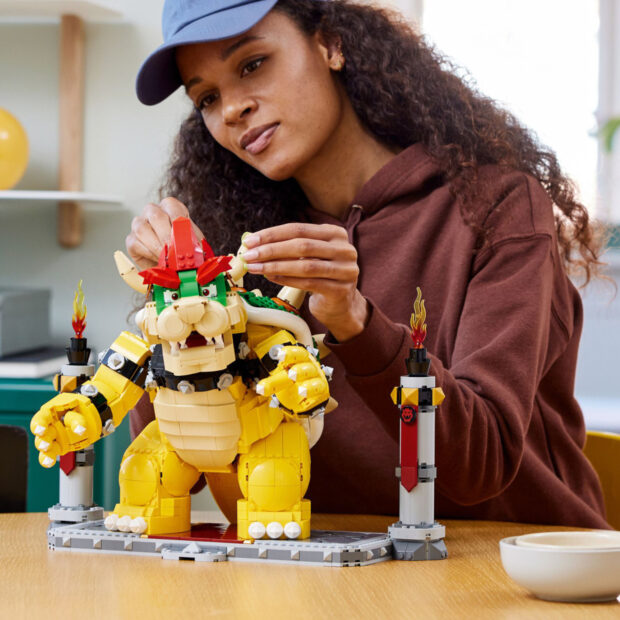 In the video, they talk about how fun a build it is, which I believe. Especially with the internal mechanisms to move Bowser’s head and shoot the fireball. Will I be able to build it successfully? Absolutely not. Not that I’m going to open it on Christmas anyways… so-called family that loves me!