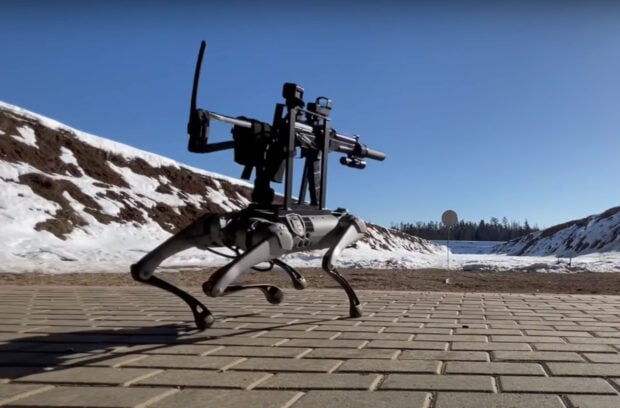 Because terrible ideas come in all shapes, sizes, and price points, someone bought a $3,000 robot dog (knocked-off of Boston Dynamics’ SpotMini) on AliExpress, then went and strapped a Russian PP-19 Vityaz submachine gun to the top of it. They named the dog Skynet, and it will indeed herald the end of humanity as we know it. 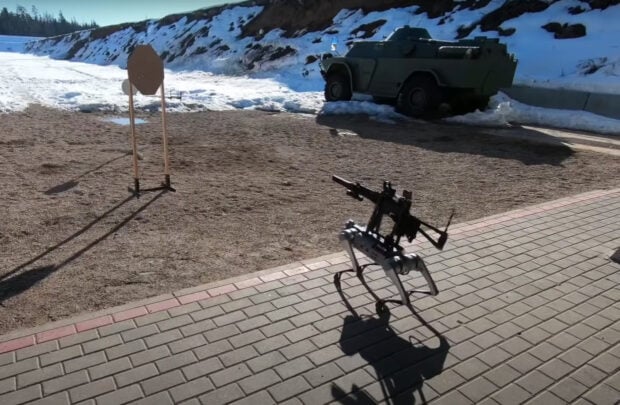 I believe the ‘Patrol Robot Dog’ is being radio controlled and isn’t autonomous, although if someone is foolish enough to strap a submachine gun to the back of a robot dog, I wouldn’t be the least bit surprised if they were also foolish enough to let it make its own decisions. I think it goes without saying, but this person should be locked up.

Just watching the video, it’s terrifying to realize that this actually exists. It isn’t CGI, and it isn’t some government black ops weapon of war; it was just made by somebody with access to $3,000 and a submachine gun. I’m moving to the moon.